5G take-up in US much faster than earlier technologies: Counterpoint 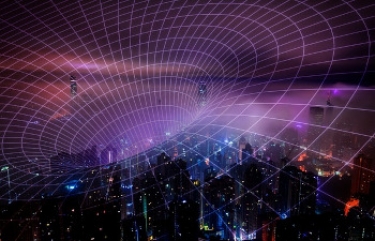 Both in speed and adoption, 5G has outstripped earlier technologies such as 4G and 3G, the technology analyst firm Counterpoint Research says, accounting for more than 60% of devices sold in the first two months of 2021 in the US.

The company's research director, Jeff Fieldhack, said he had already spotted a sub-US$200 (A$255.60) 5G pre-paid device for sale – and it was not part of any promotion. The device in question was the motorola one 5G ACE [seen below, right].

He contrasted this with 4G smartphones, pointing out that it had taken many years for these phones to reach "budget" territory. The first flagship 5G phones were sold in the US just two years ago. 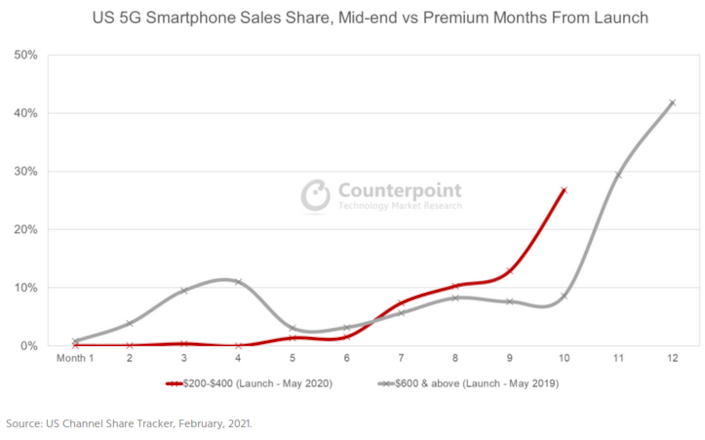 "In the past, we’ve been accustomed to seeing prime feature sets in premium only, with cheaper devices taking one or two generations to catch up," Fieldhack observed.

"It took years for 3G and 4G chipsets to make their way into the first budget and mid-end devices, let alone reach widespread scale."

This was no longer the case, with mid-end 5G devices coming on sale in the US around the end of the second quarter in 2020, one year after the first 5G flagships became available.

"Since September, we’ve seen the share of 5G devices in the US$200 to US$400 price band actually surpass that of premium in terms of months-from-launch," Fieldhack added. 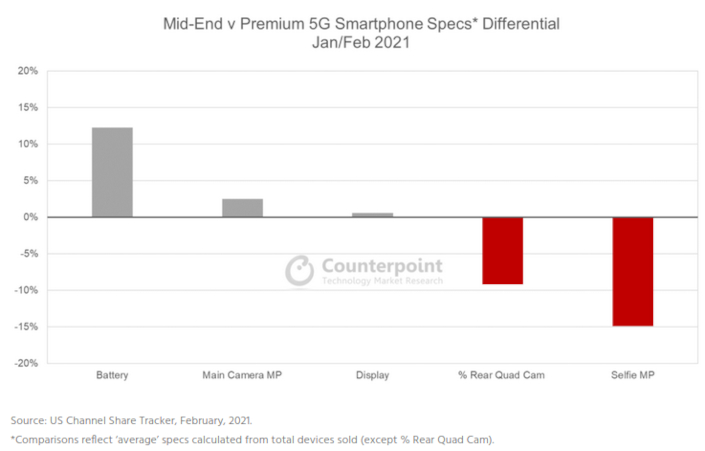 The last count in February showed that the share of mid-end 5G smartphones was increasing, just 10 months after they had first hit the market. If this continued, then by the end of June, the majority of devices sold in the US could well be mid-end smartphones. 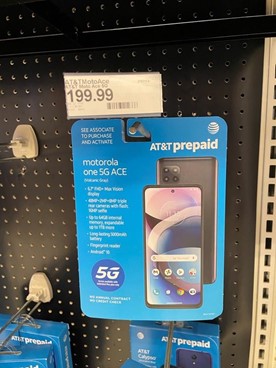 Fieldhack said this trend could be bolstered by chipsets which supported carrier aggregation. "Further bolstering mid-end 5G, there’s a good chance the fastest smartphone being sold in the US right now is not a premium flagship, but the $280 Samsung Galaxy A32 5G," he said.

"Powered by MediaTek’s mid-range Dimensity 720 5G chipset which supports carrier aggregation, Samsung has stated the US version of the device has a max speed of 2.34Gbps – which is faster than most fixed-line broadband connections.

"There are some caveats, as this figure assumes 100Mhz of bandwidth over NR TDD, but on a network like T-Mobile which supports CA, I can see how the Galaxy A32 would surpass the 1Gbps holy grail mark of super-fast speeds."

Fieldhack said mid-end 5G devices had also caught up in other features. "Our latest sales data reveals average battery capacity was significantly larger for mid-end devices, as was main camera megapixels and display sizes," he explained.

"The share of devices sporting rear quad cams was smaller, but with two-thirds of US$200 to US$400 devices already having four rear cameras vs 72% for premium, the difference is small.

"Where we are seeing significant differences are in RAM and NAND, though mid-end vendors provide consumers with a cheaper workaround on the storage side by providing microSD card slots to supplement lower NAND capacities."

More in this category: « Foxconn's iPhone 12 production in India smashed by COVID-19 Apple looking at US$60b windfall through new privacy campaign: claim »
Share News tips for the iTWire Journalists? Your tip will be anonymous