Review: Will Pixel 4a prove to be Chocolate Factory's salvation? 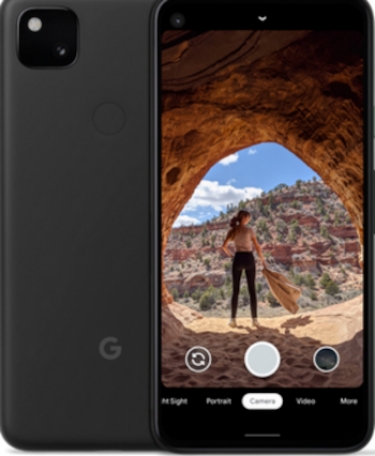 Four years and nine releases on, the Google Pixel has yet to make an impression on the market as far as sales go; it is always buried in the category of "Others" in those lists of shipments released for various global regions by different technology analyst companies.

Doubtless, the people at the Chocolate Factory, the ones who made Android possible, hope to change that with the 4a, the 10th and latest release, a smaller, cheaper phone, but one which has several good features.

One thing that should be noted: given the price, several features are not as stylishly implemented as in the Pixel line itself. Whether that is acceptable to a would-be buyer or not will make the difference between Google acquiring a new Pixel user or not.

The Pixel 4a was announced on 4 August for pre-order in the US, at US$349. The pre-order has now been extended to Canada, Australia, Singapore, Taiwan, Japan, the UK, Ireland, France, Germany, Italy, Spain and India. In Australia, the RRP is $599.

At 5.8 inches, the display of the 4a is considerably smaller than other phones on sale. It is not only smaller, it is also much thinner, but sits very comfortably in one's hand. The OLED screen has a resolution of 1080 by 2340. The back is plastic and the front is made of Gorilla Glass 3; the device has a two-year warranty.

The back of the phone itself has a mat finish to avoid it slipping out of one's hand and the provision of a rough, protective cover makes it well-nigh impossible for the device to slip out of one's grip, a thoughtful touch.

At 143 grams, the 4a is considerably lighter than its competitors. The fingerprint scanner is conveniently placed on the centre of the rear and works without a flaw. There is no facial recognition on this phone, nor should one expect it at this price.

This is not the first time Google has put out a cheaper model to follow what has now become the standard issue of a Pixel and a Pixel XL every year for the last four years; in 2019, the Pixel 3a made its appearance, priced at US$399. In Australia, it was sold at $649. It could be that this price point was considered one reason why it did not make a splash, hence the drop of US$50 in the price for the American market this time. 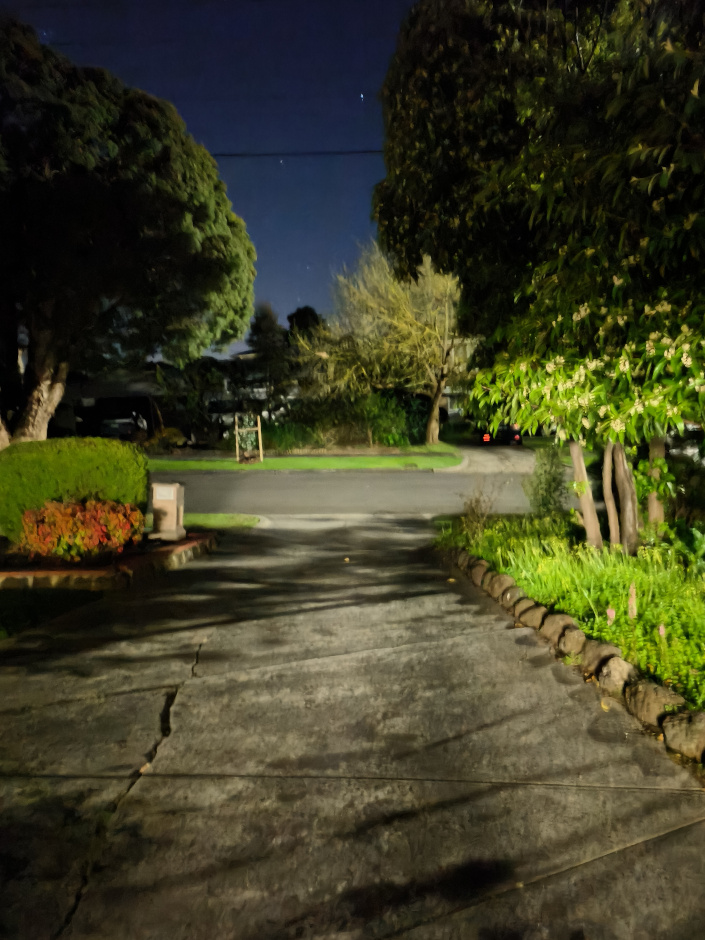 This is an impressive photo given that it is taken with night mode and without a tripod.

The Pixel 4a is built atop a Qualcomm Snapdragon 730G SoC, a Titan M security module for on-device security, 6GB of RAM and 128GB of storage. The battery size is 3140mAh, which could prove to be one of the weak spots in its armoury, given that phones with similar specs are available from most Chinese manufacturers for about $500 with batteries that are 4000mAh or even bigger.

That the base storage is 128GB after the Pixel 4 and 4XL made their appearance with the base model having just 64GB storage is notable. That amount of storage (64GB) was a deal-breaker for at least one would-be customer — my son — who pulled out of buying a Pixel 4 after noticing this spec once he had placed an order. He ended up buying a a Samsung S20 instead.

The Pixel 4a has a decent camera system, though it is a poor relative to the system on the Pixel range. I used a Pixel 2XL for about six months last year, and the pictures were wonderful, with only Huawei models able to compete.

The 4a has a single rear-facing camera, compared to the regular three on other smartphones, but handles light and shade well, with the photos having commendable clarity. 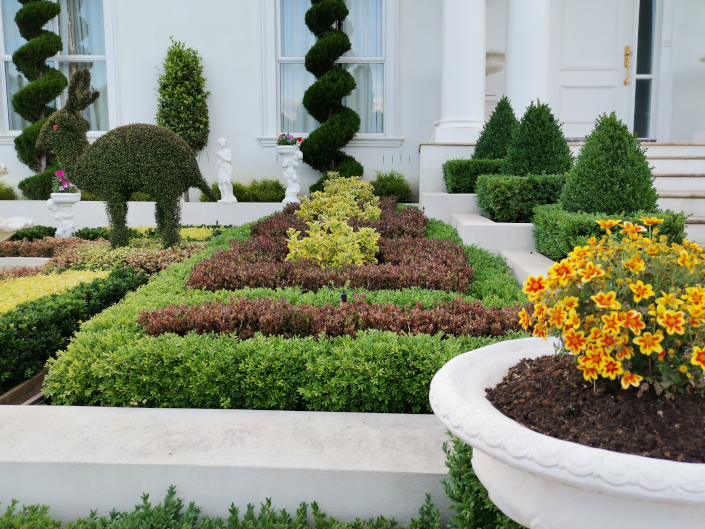 The clarity between light and shade is notable.

One feature of the photography system does bear mention: the night mode. Using this, one can obtain photos that are more than acceptable, compared to a number of other smartphones that I have tested. A couple of images are within this review.

There are a few changes in the UI with the regular three links at the bottom of the screen — the ones that are used to move back from one screen to another, to move an app away altogether and to close an app — not present. Moving back from a screen is enabled by arrows that appear at the LHS of the screen when needed. Closing an app can be effected from a line in the centre of the screen at the bottom.

The sound is one area where there is a noticeable difference; it is actually somewhat tinny at times. Perhaps that is because the device is so thin. The 4a has a headphone jack and comes with a pair of phones. I tried them out on other devices and the sound is much better than on the 4a itself.

The 4a comes with a USB-C to USB (female) adaptor which makes it easy to transfer files from the device to a flash drive. This is one of those praiseworthy things I referred to earlier. 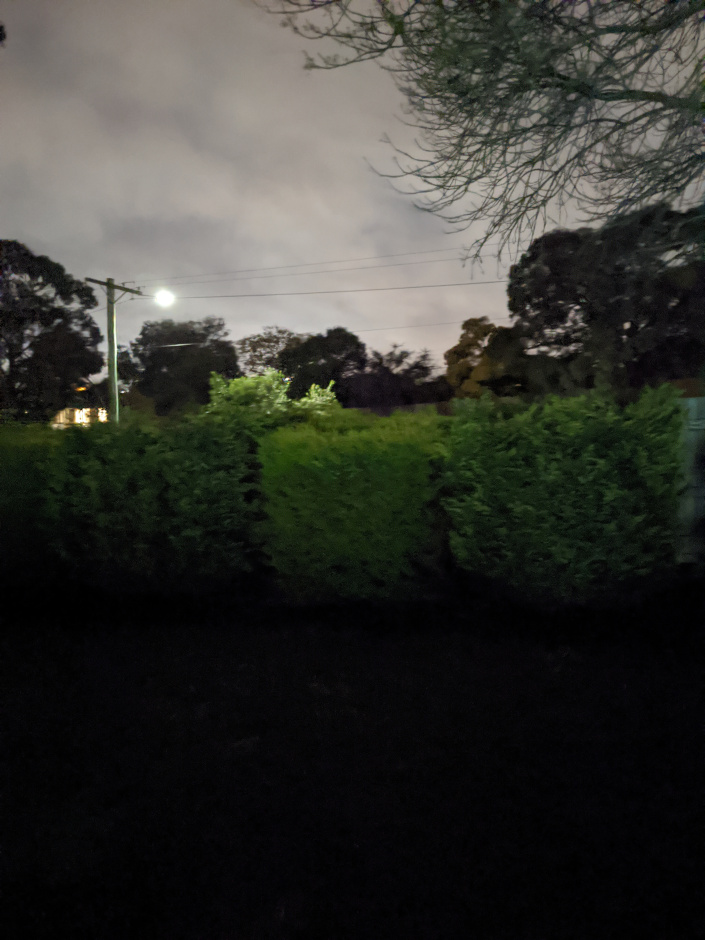 Another image taken with night mode with no tripod.

And now to that burning question: why is it that with a name that has easy brand recognition (Google) and the might of a huge company behind it, the Pixel has failed to make any kind of impression on the overall smartphone market? One reason could be that it is not sold in the biggest smartphone market on the globe – China. Google pulled out of the country in 2010 after it claimed its servers had been broken into by Beijing.

A plan to return in 2018, with a censored search engine that would keep the Chinese authorities happy, came to naught after the Intercept revealed the search behemoth's plans. Ultimately, employee resistance to the plan could not be overcome.

The other reason why the Pixel has stayed off the charts is probably the price. Had the 4a been available in Australia for $499, it would be easy to sell the device. But given that there are Chinese phones like the OPPO A91 ($499) and the realme 6 ($469) which have comparable specs and a much lower price point than the 4a's $599, it is difficult to see this new offering from Google making much headway in the market.

And finally, my experience of the Pixel is that it is not really made well. The Pixel 2XL I had gave up the ghost after a few months of use and I was lucky that it was still within the warranty period. The replacement has started playing up in the last month, and is unreliable even for handling an ordinary phone call.

The Pixel 4a can be pre-ordered from the Google Store and from JB Hi Fi, Vodafone and Harvey Norman. It will be on sale online from 10 September at these stores and also Officeworks, and in store from mid-October. It comes in one colour: black.

More in this category: « Review: more 5G goodies from OPPO in the shape of the Find X2 Neo Review: TCL 10 Pro is a good first attempt in an over-crowded market »
Share News tips for the iTWire Journalists? Your tip will be anonymous