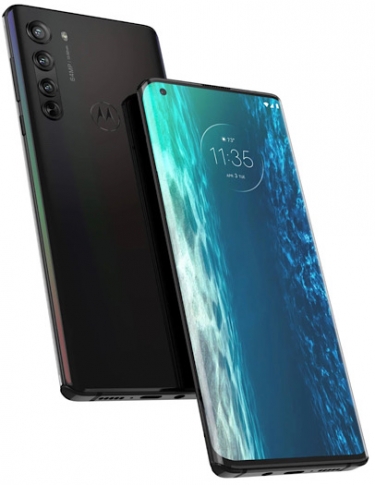 The history of mobile phones is empty without Motorola's contributions starting with the world's first mobile phone and base station. Motorola released the first clamshell phone, the StarTAC, and its iconic and super-slim RAZR phone was the phone to have until the rise of the touch-screen smartphone era. Motorola launched the experimental and, in my opinion, ahead-of-its-time Motorola Atrix, which saw the phone become the centre of your computing and multimedia environments. One dock turned the Atrix into a desktop PC, another into a laptop, another into a media centre. It was Continuum and Dex long before Microsoft and Sony. Google famously bought, then sold, Motorola's mobile arm but retained its patents in a deal ultimately estimated to be about US$4 billion. In a world dominated by Nokia at one time, now Apple and Samsung, whenever mobile phone technology has advanced, Motorola was involved in some way.

Fast forward to today and while Motorola's attempt to bring back a modernised smartphone version of the RAZR met with less fanfare than the company hoped, its newest flagship smartphone is a sure-fire win.

The Motorola edge is awesome to hold and to use. It's a 6GB DDR4 RAM, 128GB ROM dual nanoSIM device powered by a Qualcomm Snapdragon 765 octa-core processor and an Adreno 620 GPU. It can take microSD cards up to 1TB. It runs a near-stock Android 10 with custom features in the pre-installed Moto app to personalise styles, wallpapers, layouts and fingerprint animation.

It is built out of 6000 series aluminium with Corning's Gorilla Glass 5 on the front and plastic on the rear. It weighs in at 188.3g and measures 161.64mm x 71.1mm x 9.29mm. The screen is a brilliantly crisp 6.7" OLED Endless Edge display with a 90Hz refresh rate and HDR10+. It is available in black only, sure to make Henry Ford happy.

The edge display is, of course, where it gets its name — the Motorola edge — from. The screen literally wraps almost 90 degrees around the unit's curvature and you can use this extra screen-space for apps, or to show lighting for alerts and notifications and other custom purposes. Let your phone convey all manner of details in subtle ways without needing to pick it up. In fact, the edge screen provides new side-gestures to manage your most commonly used features. In a marvel of engineering, the entire front of the phone is almost entirely display with the exception of a small pinhole for the front camera.

The edge has a 4500 mAh non-removable battery that lasts beyond one day and an 18W TurboPower charger is included. Note that wireless charging is not supported. It has a USB-C socket and yes, it also has a 3.5mm headphone jack, though Bluetooth 5.1 is also available, along with Wi-Fi 802.11 a/b/g/n/ac.

It has dual stereo speakers turned by Waves, NFC, GPS, A-GPS, LTEPP, SUPL, GLONASS and Galileo. There's a fingerprint reader under the display, along with proximity, accelerometer, ambient light and gyroscope sensors.

It's water repellent to IPX2 standard and supports 5G NR Sub-6GHz along with 4G LTE, 3G UMTS and HSPA+ and 2G GSM and EDGE (if you ever find yourself in such an area).

Specifications are one thing. They tell you, on paper, the phone has the hardware chops to meet demanding needs and to deliver media, information, communications and entertainment on a magnificently-sized screen. However, holding the phone and using it brings a different type of magic. The screen is wonderfully bright and sharp; the audio is an advanced sonic experience that is unmatched, the photography is stunning, the battery gives and gives, and all you do is met with fast and responsive alacrity.

The lovely screen, the long battery life and the power of 5G are tremendous - of course - and while they do not disappoint, they are the advancements you come to expect in leading devices. What was a big surprise when experiencing the edge for ourselves was the astonishingly loud and powerful stereo speakers. They must be heard to be believed with words failing justice. The audio technology comes from Waves, the recipient of a Technical GRAMMY Award, and make phone calls, music and videos alike sound bold, loud and clear.

What's also delightful is the purity of the Android experience. You aren't forced to endure weird software experiences that slow down your device and murk the waters about what's Android and what's not, and no vendor-duplicated apps. It's simply near-stock Android 10 with some Motorola enhancements available in the built-in Moto app. This provides great comfort for the future availability of updates too.

The Motorola edge is available to purchase from today at JB Hi-Fi, The Good Guys, Officeworks (online only), Mobileciti, and the Motorola online store at an RRP of $999.

If you're looking for a modern, fast and brilliant Android smartphone the Motorola edge has to be a serious contender for your money. It's future-proof with 5G — still to be rolled out over the bulk of Australia — it comes with Android 10, a big battery, a wonderful screen, astonishing sound, and much more. Use it wirelessly with Bluetooth or wired with a headphone — this phone gives you that choice — but whatever you choose to do, the Motorola edge lets you do it well, lets you do it fast, and most certainly lets you do it in style.

More in this category: « Review: Huawei P40 Pro+ has superb hardware, pity about the software Review: among the 5G hype, realme 7 Pro is a 4G challenger »
Share News tips for the iTWire Journalists? Your tip will be anonymous