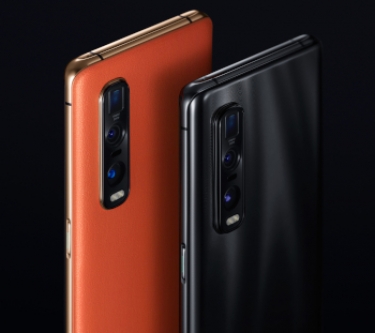 OPPO's latest effort in the 5G space — its top-level smartphone that is built on Qualcomm's latest silicon — is a beautifully crafted device, one that feels much lighter than its 207 grammes and one that sits very comfortably in the confines of one's hand.

The company put three models on the market — ranging in specs and price but all offering 5G connectivity — on 9 June and sent the most expensive, and hence the device with the most grunt, out for review.

At $1599, it will punch a hole in one's pocket, but as always one has to measure what one is getting for the price, how long the device will last with these specs and whether it suits the user.

Each phone on the market has its own selling points and no single device can provide every feature; manufacturers pick and choose based on their understanding of the market they are trying to sell to.

The Find X2 Pro looks very much like its stablemate, the OnePlus 8 Pro, and also resembles the latest Samsung line to a remarkable degree. But then, one could well argue, that's only to be expected as they are all made of the same materials and are trying to grab marketshare. 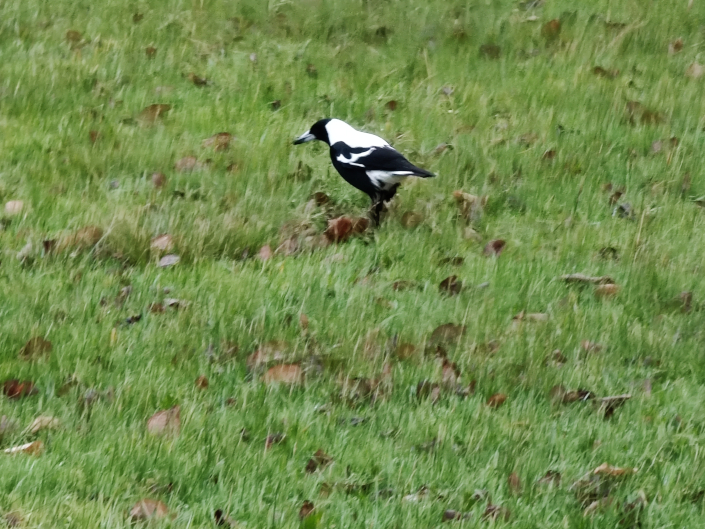 On the prowl in the park. The main camera gets in every little detail.

With an OLED screen that is 6.7 inches and a screen resolution of 3168 x 1440 (QHD+), the display is bright and clean. The device can be viewed with a refresh rate of 120Hz or else at the standard 60Hz. The higher rate is excellent for game play and also means much smoother scrolling.

It also makes for very easy watching when viewing videos and movies on the device. 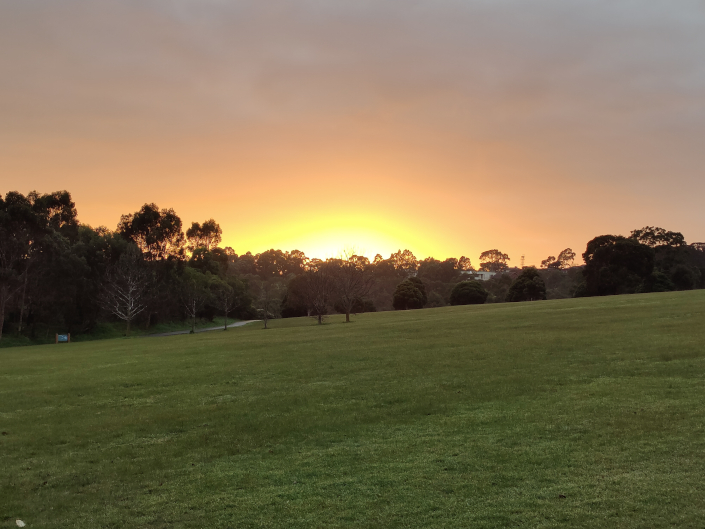 Sunrise in the park during the Melbourne winter is an awesome sight to behold.

But it does eat up a fair bit of power and, despite the 4260mAh battery, one could find oneself at the charging point at least once a day, if not more. Charging, however, is very fast, with a full charge from zero to 100% taking only 36 minutes.

Setting the refresh rate to automatic results, unsurprisingly, in 60Hz being used most of the time. After all, the time one can use the device after a fresh charge is always more of a selling point rather than that refresh rate. 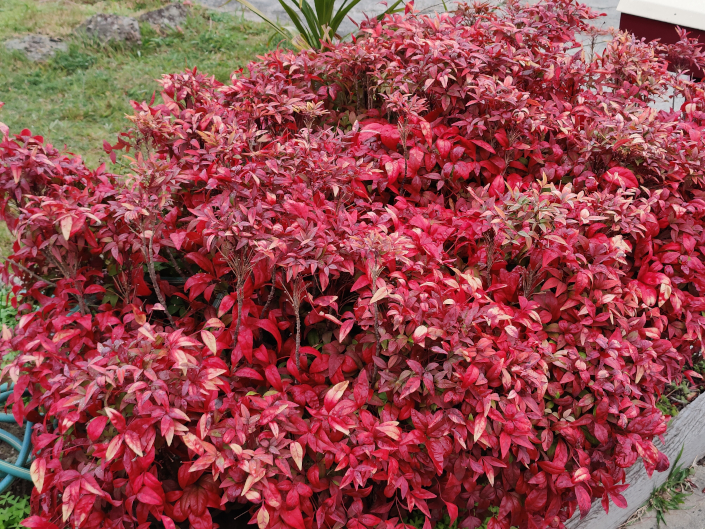 The camera doesn't miss a single shade of colour, even when they are close.

The Find X2 Pro features the latest Qualcomm Snapdragon, the 865, and has 12 GB or memory, top-level specs as in all other areas of this phone.

The 865 makes it future-proof as it supports all key regions and frequency bands from 5G mmWave and sub-6, TDD and FDD, to SA and NSA modes.

The rear camera has 48Mp, 13Mp and 48 MP units making up an ultra vision camera system that captures excellent photographs, with the colour and level of detail both being exceptional. The 32MP selfie camera is adequate to cater to anybody's vanity. 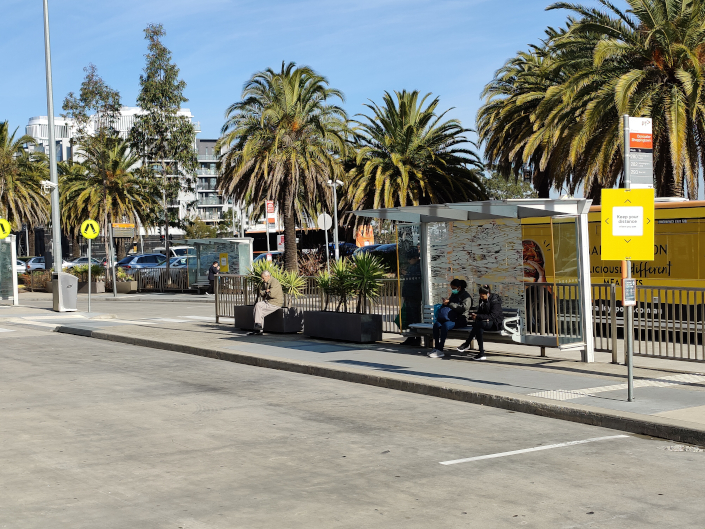 Light or shade, the device handles them with aplomb.

In one respect this OPPO device departs from the path hewn by its predecessors: it has no headphone jack. It comes with a very good set of USB-C headphones which provide wonderful audio. The device also comes with a hard plastic case to protect against the elements.

The Pro comes in one unusual colour, referred to as Vegan, a shade of orange. This model is a bit lighter than the other colour available, Ceramic Black. The device sent to me for testing was, understandably, a Ceramic Black model. 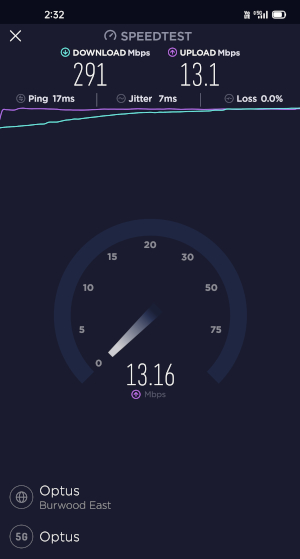 There are a few minor software issues, such as the occasional delayed reaction to touch and a hiatus between turning the phone and seeing the display follow suit, but nothing that cannot be fixed with a software update.

The Find X2 Pro comes with ColorOS 7.1 which is based on Android 10. OPPO had planned to put out a beta for Android 11, which was released last month, before the end of June. But that seems to have been delayed.

The device has the usual security trio: number lock, fingerprint lock and facial recognition, features which are now so standard that they hardly bear mention unless they do not work to spec.

Despite the pandemic, things appear to have progressed well. This time, I was able to travel just six kilometres and get an excellent signal. Telco Singtel Optus very kindly supplied a SIM for the test.

As can be seen from the screenshot accompanying this review, when you are hitting close to 300Mbps download speeds, you cannot really complain. The speed was quite consistent when measured at different times and at different spots in the suburb of Bellfield where Optus is now also offering its 5G home Internet plans.

OPPO now looks to be trying to spread its wings and after having more or less taken over the market in India, the second-largest smartphone market, it is now looking at the US.

A few months ago, the well-known reviewer Marques Brownlee ran a sponsored post on the Find X2 Pro, with the device earning praise from the popular reviewer who has about 11.5 million subscribers and operates under the moniker mkhbd. OPPO's stablemate OnePlus has made rapid strides in the American market and is now being sold on plans by both T-Mobile and Verizon.

But understandably, given the unjustified treatment meted out to Huawei just because it happens to be Chinese, OPPO's management would be somewhat cautious about trying to enter the American market, for fear that any time the Americans feel threatened, they will pull out that old stick of national security and whack away.

Footage taken during an expedition to Antarctica with Australian filmmaker Michaela Skovranova and National Geographic, capturing the wilderness on the OPPO Find X2 Pro. Courtesy OPPO

More in this category: « Review: realme's X3 SuperZoom is focused on camera nerds Review: Lite in name only, certainly not in character »
BACK TO HOME PAGE
back to top