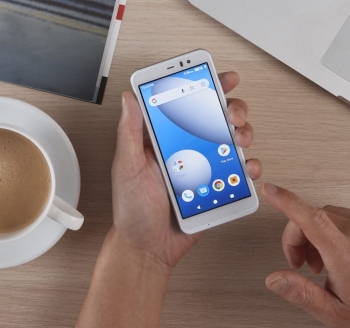 This budget mobile hits a spot, even though 'premium' buyers are likely to turn up their noses.

If you're paying less than a hundred dollars for an unlocked phone, you shouldn't expect too much from it. There's a reason why flagship phones generally come with four-figure price tags, although other members of the iTWire team have pointed out (eg 1, eg 2) that it isn't necessary to spend a thousand bucks to get a decent phone.

We'll bypass the perennial iPhone vs Android debate, on the assumption that potential buyers will have already decided which camp they are in before looking at the Aspera Mobile Jazz 2 and similar phones. We'll also assume that they have settled on a basic smartphone rather than a feature phone such as Aspera's similarly priced F40 4G flip-phone.

However, we did briefly wonder how a smartphone – with its more-demanding CPU requirements, much bigger screen and higher capacity battery – can be sold at the same price as a handset like the F40. Is it subsidised by the inclusion of non-removable apps? (More on that later.)

It usually took about 30 seconds to start up, which is about the same as an older low-end model from ZTE. That's not too bad, but it is appreciably slower than our 'daily driver' iPhone 7.

On one occasion we timed the Jazz 2's startup at one minute and 20 seconds. That remained a mystery outlier because it didn't happen again during the test period. 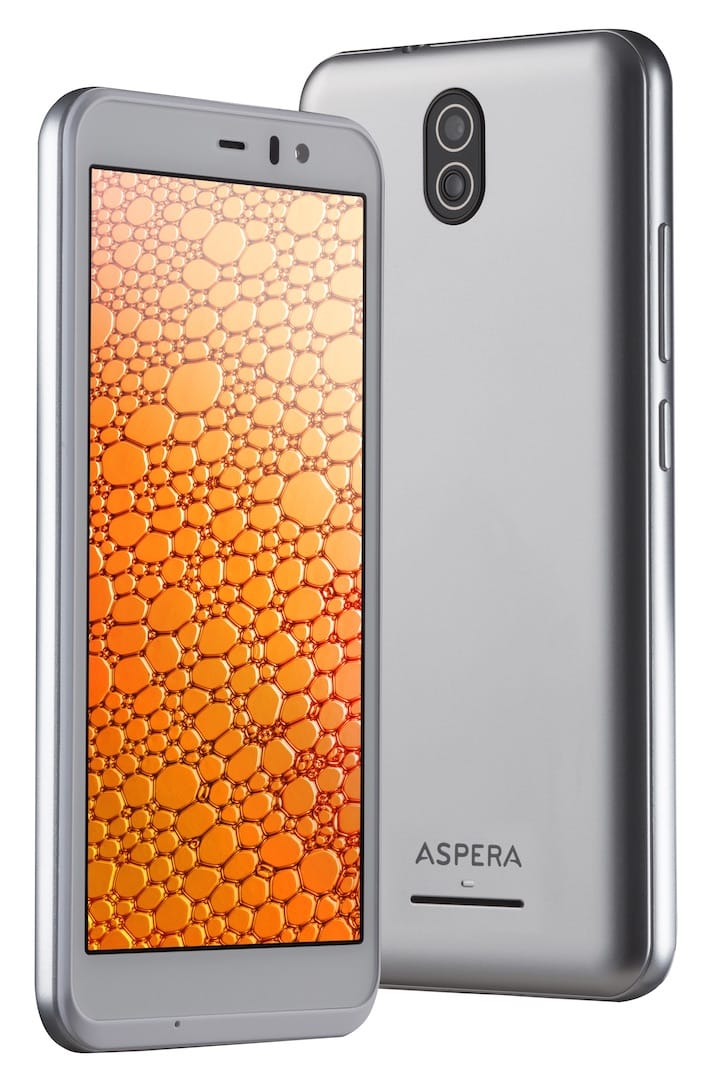 Talking of the iPhone 7, the Jazz 2 is practically the same width and height as that device. In our opinion, around 14cm is as tall as you want a phone to be, otherwise it doesn't fit comfortably in the front pocket of a pair of jeans.

The Jazz 2 is significantly thicker than a bare iPhone 7, but there's very little between them once you put the iPhone in a basic protective case.

There's nothing much wrong with the Jazz 2's appearance as long as you're not expecting a metal frame or a metal or glass back. You're probably not too worried about looks if you're in the sub-$100 market, but we found it presentable.

However, the curved edges and surface finish are slippery to the extent that we dropped it several times during testing – fortunately not from any great height or onto hard surfaces.

If you are among the apparent minority who still think a phone is for talking to people, we found the sound quality to be particularly clear in both directions. A possible contributor is the way the microphone vent is on the front of the phone rather than the increasingly common placement on the lower edge (which we suspect is one of the reasons why we increasingly see people using speakerphone mode – subjecting those around them to both sides of the conversation – with the foot of their phones pointing to their mouths).

Unlike some older phones, the Jazz 2 supports 4G via both SIMs.

This smartphone was our first experience with Android's Go edition, which – in conjunction with Go edition apps – is supposed to be optimised for lower-performance devices and varying levels of connectivity.

We found the Jazz 2 somewhat laggy, to the extent that we initially found ourselves wondering wonder whether touches had actually registered. That caused a few problems for the first day or two until we learned to adopt a slower pace.

To test the claims about intermittent connectivity, we used Maps Go on the Jazz 2 and the regular version of Maps on another device to navigate the same route. Wireless data was switched off on both phones, and they both performed similarly. So if Go does make a difference in this respect, we didn't notice it. To be clear, to the extent this is a criticism, it is of Go rather than Aspera's handset.

The Jazz 2 is relatively unburdened by bloatware, but the Facebook Lite app is preloaded and can't be uninstalled. If there was one app you'd want to remove for privacy and other reasons, this is probably it. At least it can be disabled.

Another sign of low-end hardware was that the image from the main camera seemed relatively jerky while we composed shots by moving the phone around.

Using the camera made the screen's blue cast very apparent, especially when shooting white surfaces. Transferring photos to other devices and also printing them showed the colour shift was down to the screen. The Jazz 2's screen was bright enough outdoors on an overcast day, but was only just usable (noticeably worse than the iPhone 7) in full sun.

To give an idea of the quality of the camera, here are a couple of shots taken on the Jazz 2 and on the iPhone 7, scaled to fit iTWire's layout. Even at the reduced size, the differences are apparent. You probably wouldn't use this phone's camera to record a holiday or a significant event if you had a choice, but it would likely do the job of recording the aftermath of a bingle, for example. And as they say, the best camera is the one you have with you. 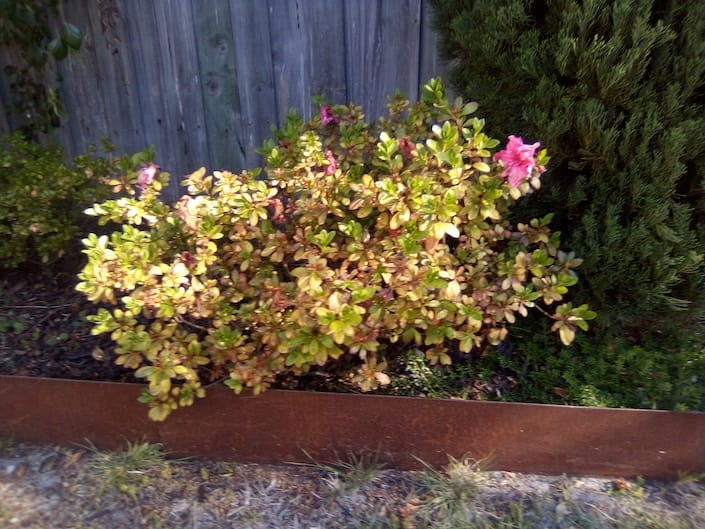 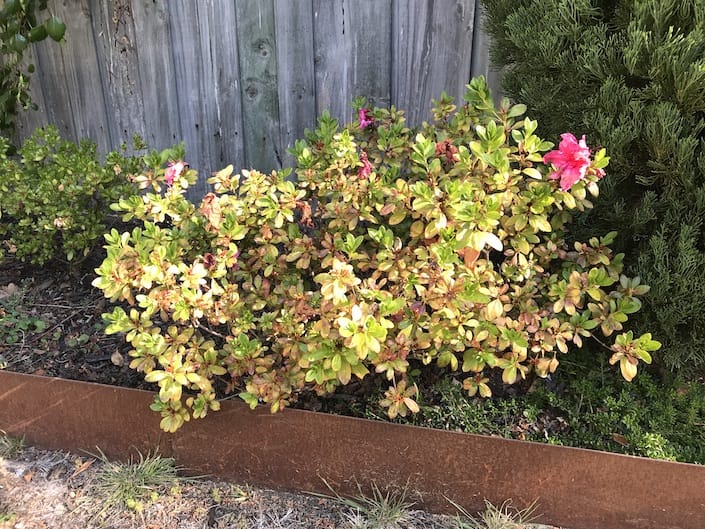 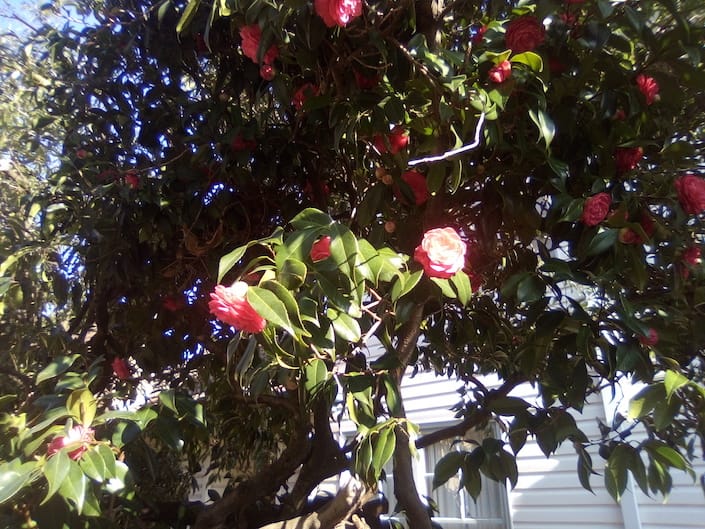 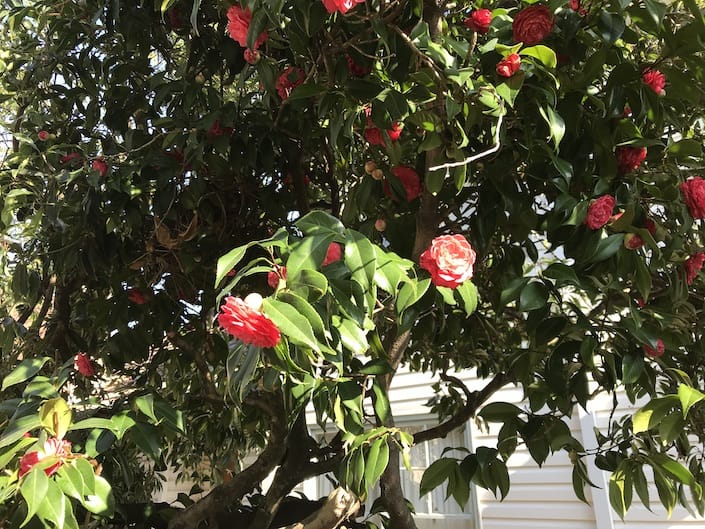 We didn't notice any other screen issues, though the relatively low resolution might be an issue for some.

Our pattern of use is probably atypical, but we reckon the battery should be good for a day's moderate use. It is replaceable, so it would be possible to carry a spare if your opportunities for recharging were severely restricted. Replacement batteries for the Jazz 2 battery cost just $20 including postage, so a spare is a viable alternative to a power bank.

Keep in mind that there are other smartphones at this price point. One example showing up in our mailbox shortly after the Jazz 2 was announced was the $99.99 Kogan Agora Go, which appears to be broadly comparable, yet adds a slightly larger and higher-resolution screen, fingerprint scanner, higher battery capacity, and micro SD support up to 128GB.

The Jazz 2 does the basics, and it might be all you need if you're not interested in frills or high performance for the more demanding apps. Throughout the test period, we kept thinking "yes, but it only costs $99."

One way of looking at it is as a 4G feature phone with GPS and a smartphone UI. Or it could be the phone you take with you – or give to a family member – when there's an above-average risk of loss or damage.

When all's said and done, it's quite amazing that all this functionality is yours for just $99 outright, and it can be combined with the cheapest prepaid services that give unlimited calls and texts plus a modest amount of data for around $10-$15 a month. Or – for those who receive but rarely make calls or send texts – with a $15 long-expiry prepaid that lasts up to a year.

More in this category: « Review: OPPO AX5s shows that good things need not cost the earth Review: OPPO's 5G phone is great, but it's tough to find 5G in Melbourne »
back to top