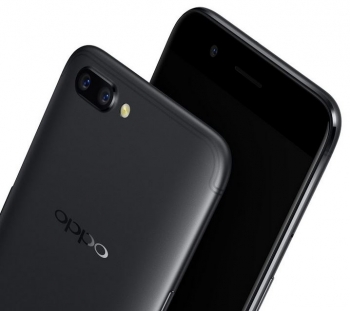 OPPO has released the R11 — the successor to the world’s largest selling Android phone R9 series — and it heralds the entrance of a dual camera that, at $649, is very hard to beat.

Dual cameras are now becoming popular for top-of-the-line smartphones costing twice as much or more. OPPO is reaping the rewards of its “camera phone” first strategy with more than 500,000 pre-orders in China in the first three days of launch.

iTWire has been reviewing OPPO devices since they arrived in Australia in September 2014. Its phones, without exception, offer better value and performance than many other brands and its commitment to Australia with local warehousing, support and now a stable of top-line retailers means it is a safe bet.

OPPO have embarked on a camera-led differentiation as well as good build, solid technology and support to conquer the Australian market. iTWire understands that it may have reached number two by volume of handsets here in Q2, 2017 – story to come.

OPPO has always had nice “boxes” and invested in nice point of sale desks and sales materials for retailers. So, when you look at OPPO it presents as well as Apple, Samsung etc. You may be saving money, but you don’t think it is inferior.

I have become quite used to OPPO’s more iPhone-esque designs and while there is not much you can do with a glass slab I think this model marks the beginning of OPPO’s own future style. 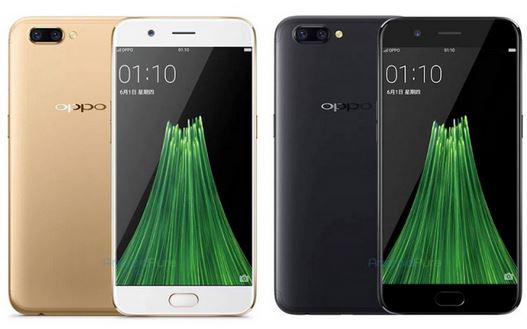 It is a unibody metal device, and very thin at 6.8mm (the camera bump on the top left adds a smidgen). It has an interesting way to incorporate the antenna in the same colour as the body. And the backlit back/home/app draw keys are part of the bezel – 10 points for not taking up valuable screen space.

Overall it looks, feels and operates like a premium device.

This is a Samsung-sourced Diamond Pentile which means that it has two smaller green pixels for every larger red and blue pixel. The result is 430 nits brightness, infinite contrast, and pure blacks. While colours are very good and punchy it means that whites have a cooler cast. It is not an issue.

Sunlight readability is excellent given the low reflectivity of the Gorilla Glass 5 and high brightness range.

HD, 1920 x 1080, has been chosen to minimise battery drain but let me tell you a secret – most UHD/4K screens on flagships default to HD anyway, only being used when playing 4K content.

LG first started experimenting with dual cameras on its G5 (two lenses, but images not combined) and later on its G6 and V20 flagship (standard lens and a telephoto lens and combines the images into one).

This style is most used now by Apple and the new Samsung Note 9. Each says its combination of lens apertures, sizes, and sensors give the “best photo” but one thing is clear – they all dominate the high-end DxOMark scores.

Huawei took the Leica route with its P9, Mate 9, P10 etc., and has an RGB (colour) and mono sensor (to capture detail and contrast) and again combines the images into one.

Both styles have advantages over single lens cameras including the Bokeh effect (changing focus), more light gathering capability (the size of µm pixels becomes less relevant when you have twice the lens and sensor sizes), and let’s not forget that the CPU plays an important part in combining these images in post processing – and that is where the Qualcomm 660 is good as it has dual image signal processors to do the job.

And let’s not also forget that dual lenses will be important for AR/MR/VR (reality and Project Tango), stereoscopic 3D shots, and have better applications for 4K or higher shoots. 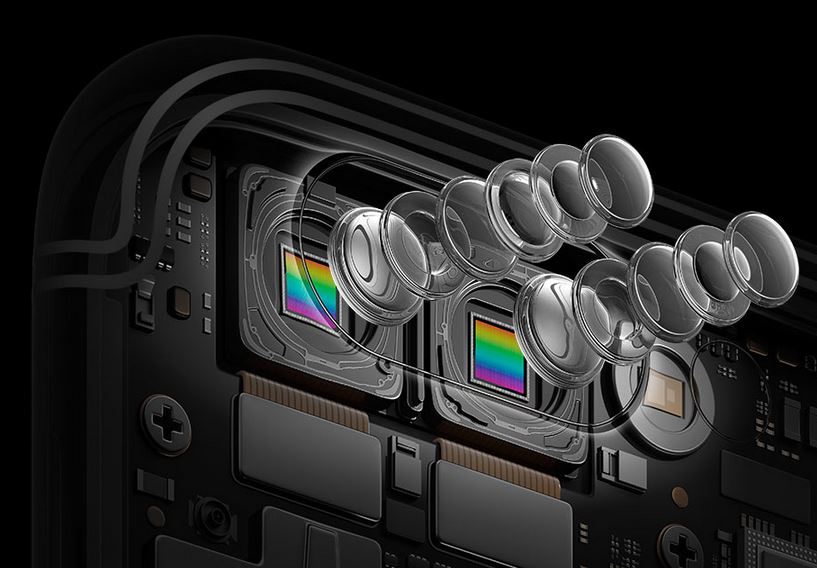 To be fair, its BBK-owned sibling OnePlus, noted for being an early adopter of leading edge technology (it can make the mistakes first!), has used the same camera set-up in its OnePlus 5 (not available here). It has earned a DxOMark of 87 and rave reviews as an iPhone 7 Plus camera killer (on 86). OPPO is now using this tested and proven technology.

To understand the capabilities let’s look at the sensors first.

These two work in concert basically overlaying the smaller 16MP image, pixel for pixel, over the larger 20MP image. Don’t ask me how it works. OPPO/OnePlus worked with Qualcomm on its Spectral dual image processor in the Qualcomm 660/835 to ensure seamless post processing, zero shutter lag (important to capture the same image at the same time from two lenses) and the combination of autofocus on the 20MP and Phase Detect (dual pixel) Autofocus on the 16MP lens. Yes, it is rocket science!

So how does it rate?

Outdoors, daylight: Outstanding natural colours, sharp images, good shadow detail (regardless of HDR on or off), very fast autofocus - a very accurate shot. All shots default to 4608 x 3456 (16MP) – excess information from the 20MP is used to improve the shot. It produces a 3 to 5MB file depending on HDR etc. You can select 16:9 as well which gives 12MP.

In all, it is almost foolproof and takes good to great shots in any conditions. HDR does increase exposure times and a tripod or selfie stick would ensure razor sharp pictures. Of the 100 or so reference shots taken only one was blurry – that is good.

I was impressed at autofocus times – instant, getting exposure and colours right (slight cooler tinge in low light) and the detail.

Bokeh is about changing the focus between the two different lenses and post processing it to a new focus point e.g. making the background out of focus or vice versa. It works flawlessly.

Panorama: 2500 pixels and will generate a 25MP file. Excellent colours, sharpness and stitching in daylight.

Video: all shot at HD with digital image stabilisation on although it can do 4K too

Good exposure in all but absolute low light conditions. White balance is accurate in all lighting conditions Good natural colour rendering, good details but there is a visible loss of low-contrast details in lower lighting. Autofocus is fast, accurate, and consistent in both bright and low-light conditions. The electronic stabilization system works well.

Recorded sound from the two microphones is average and you can all too easily block the bottom one with your hand.

Summary: For a $649 smartphone, this is a fantastic camera. While I always add extra points for OIS (which this does not have) the lack of blurry shots is a testament to the post processing power.

It is great in all but the lowest light conditions.

Camera front: 20MP, f/2.0. It is impressive with plenty of detail, high contrast, wide dynamic range, and lively colours. The R11 has one of the most impressive selfie cameras around and should be on the list of any selfie fan.

Wi-Fi achieved a respectable and rock solid 173Mbps regardless of the distance from the router. It is capable of 867Mbps.

4G LTE connection speed varied between 112-596Mbps which is what you would expect from Cat13/12 modem. Upload was excellent at 25-100 Mbps but all these figures are telco carrier dependent.

OPPO is first to use the Qualcomm Snapdragon 660 chip and tests have it performing only about 12% below the current Snapdragon 835 flagship. To put this in further perspective it eats Huawei P10, Moto Z2 Play, Moto G5, ZTE Axon 7 and Samsung Galaxy A5/A7.

Data transfer is still micro-USB 2.0 so it is a few MB/s but it supports large OTG devices.

It is 3000mAh. But the secret to VOOC is that it is two batteries and the VOOC charger is really two x 5V/2A chargers delivering over a special micro-USB cable. It makes sense as the batteries are not stressed by over voltage and current charging. You can use a standard 5V/2A charger/cable but recharge times double.

Plus, OPPO’s Colour OS manages battery use and background apps. The result is an easy two days use for the average user.

It is very different to pure Android and it has unashamedly been developed for its home market where Google apps are not welcome.

As such it has its own phone, mail, contacts, calendar, camera, gallery, player and all necessary apps to avoid Google – all do a creditable job.

In Australia, it has a folder containing Google Apps.

Apart from a few foibles (like swipe up to get the system icons and down to get the notifications), it does all that you need. The fingerprint reader will recognise up to five fingers and can be used to encrypt data and offer different levels of access.

Sound output peaks at 68dB for voice (handsfree) and 72dB for music although the latter plays only in mono from the bottom speaker. It outputs a clean 20Hz-20Hkz signal to Bluetooth and via 3.5mm jack with .0008 THD.

It uses a Music player with Dirac Real HD Sound when using a 3.5mm headset. This allows for full EQ adjustment.

It will retail for $649 from 7 August from JB Hi-Fi, The Good Guys, Officeworks, Vodaphone, Woolworths Mobile and Virgin Mobile.

In part, the good all-round performance is due to the Qualcomm 660 engine, but it is also OPPO’s tuning of Android and handset design expertise that sets it apart.

It is the phone all Australians should have – let’s forget about spending twice as much and use the rest for electricity and food. For what it is, 10 out of 10.

More in this category: « Motorola Z2 Play – more is less (review) VIDEO + REVIEW: GOFAR makes your car smart, makes you a better driver »
back to top