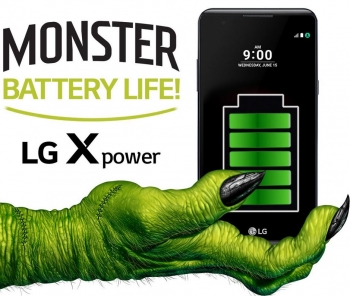 Smartphone battery life is usually a day at most if you don’t flog it too much. LG’s new X Power, Android smartphone delivers on its promises.

In reviewing the phone, I was mindful that a) at $349 it was not a flagship class phone and b) it was designed for long battery life. These factors mean that it has a focus on power, not performance, yet I was pleasantly surprised at both.

On the power count, I can absolutely confirm it has the legs for two days’ use, even under pretty heavy use.

On the performance side, the MediaTek MT6735 processor is more akin to a Qualcomm 210 giving four x 1.3GHz processors with some interesting load balance and power algorithms to deliver the power when it is needed. It works well.

Review - LG X Power Model LGK220T (warning: there are at least four different models of the X Power for use in different countries).

The phone, micro-USB cable, and a USB Express Pump charger providing 9V/1.8A or 5V/1.8A are in the box. A pair of buds and an inline mic is provided.

The phone has a dark black/blue, matte textured, plastic back and the usual fingerprint magnet screen. The textured back gives it a good grip. It looks like a quality build although it is made in China, not South Korea. 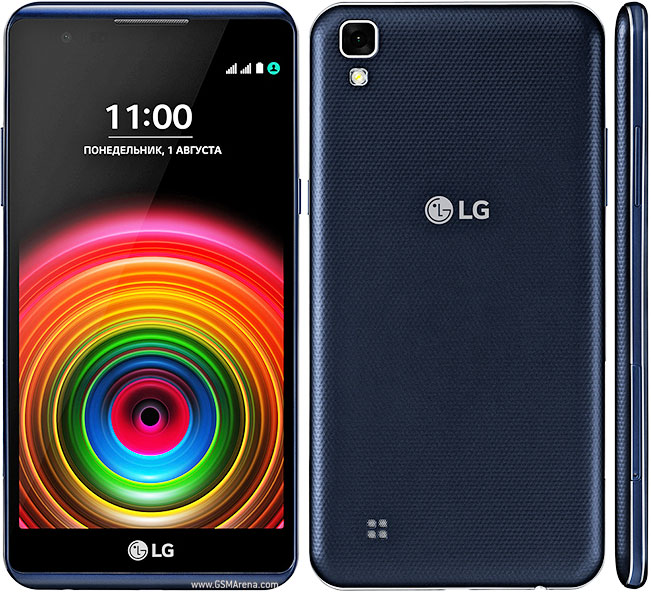 It is what most call a 720p screen, and at 277ppi it is clear and crisp. Whites were even over the screen, blacks were solid, but colours were a little cool. Certainly, this IPS LED/LCD screen is a good alternative when you don’t use or can't afford AMOLED.

I found the auto-brightness feature too aggressive (energy saving) and ended up just setting the brightness manually. But the whole point of the phone is power saving.

The bezel thickness is more noticeable, but a 69.4% screen to body ratio is quite respectable – better than an iPhone. The home/back/app draw keys are soft keys and take up the bottom few millimetres of the screen.

Rather than go through all the tests, let me say it is a mid-range camera that would have been considered pretty good two years ago. It is excellent in daylight, average in well-lit rooms and poor in dark rooms – it lacks the aperture and µm pixel size to be a good low light performer.

It does not have HDR – a feature reserved for higher priced phones. The single LED flash struggles at shots over a couple of metres. The software is basic – auto or panorama.

It is a reasonable point and shoot camera for the price. To get excellent low light photos, you need to spend two to three times as much.

I took about 100 test shots and noticed that the gallery slowed a little while scrolling through them. This is purely a processor issue.

It comes with Android 6.0.1 and the usual Google and LG productivity apps. I have been using the LG G5 for the past month, and it seems to be very similar – everything works, it’s a fairly light UX overlay.

But LG seems to go out of the way to modify the stock icons and put an unnecessary stamp on Android. Honestly, I don’t know why more phones don’t come with stock, pure Android and the battery management as an app – leave Android, especially updating, to Google I say.

At the end of day one, I had 46% left, and that was after a thorough test with over 100 photos, flash, audio and video recording, MP4 playback, GPS, Wi-Fi, Bluetooth and a reasonable amount of talk time. At that point, the software said it had about 11.5 hours remaining. Rather than charge it, I used it on day two under more normal circumstances and found that it still had 10% left at 10pm that evening.

Clearly, everything from the aggressive screen brightness to aggressive processor tuning is geared to power.

Pump Express — MediaTek’s quick charge similar to Qualcomm Quick Charge 2.0 — pumps 9V/1.8A into the battery to fill to 80% then tops off at 5V/1.8A. It is not the later Pump Express Plus that uses three voltages.

It is a phone that focuses on battery life. To do that, there are more than acceptable compromises in screen resolution, processor, RAM and storage, etc. I was not expecting a “brilliant” phone but after a few days of use I appreciated the power philosophy. Frankly, even though I am using the excellent LG G5, I really did not miss it, except for photography and the removable battery.

To position this, it is a perfect phone for everyone who wants to spend less than $349 – in fact, I have already seen it online for under $300, but I cannot confirm if it is the Australian model.

A big plus is that it comes from a big company with a long established and substantial presence in Australia, so after sales support and warranty is a given.

I would say LG has a winner – every dad, mum, kid and grandparent would be happy with this phone.

More in this category: « Navman MY660LMT – just keeps getting better (review) Google Pixel on sale tomorrow (first looks) »
Share News tips for the iTWire Journalists? Your tip will be anonymous