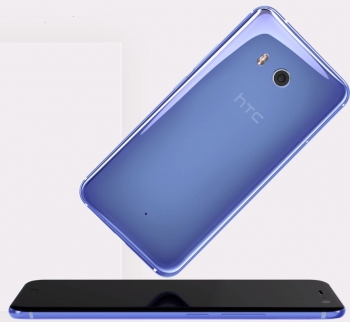 HTC has a world first – the addition of Edge Sense to a flagship class phone which means one can now say, “She’s my main squeeze.”

The squeeze, sorry Edge Sense, is HTC’s pioneering new addition to a touch screen interface. While it is early days for squeeze, it is potentially far more than a gimmick and I can see it being adopted more and more by app developers as a new way to interact with a phone. While it will not replace touch, it will offer faster access and higher levels of intuitiveness.

The phone hardware is up there with the best: 5.5” QHD IPS display, latest Qualcomm Snapdragon 835, 4/64GB/microSD, 12MP big-pixel rear camera, 3000mAh battery, and IP67 rating. There is nothing missing from iTWire’s flagship paradigm that it measures against. It even has the highest DXOMARK camera rating of 90, taking the Google Pixel/XL's crown.

But herein lies the rub. Apart from Squeeze — which don’t get me wrong, every smartphone maker will try to emulate — it is paddling in a highly competitive flagship market. It is well specified, attractive enough (especially the Sapphire Blue and Solar Red), and well-priced at $999 if you compare it to the similarly specified Samsung S8 ($1199), Huawei P10 Plus ($1099), Sony XZ Premium ($1099) or even an iPhone 7 ($1229).

The catch 22 is that HTC is not seen as such a desirable brand as say Samsung, Apple or Sony – all of which spend the equivalent of a small country’s GDP on marketing, So, my advice is buy with your head and wallet, not your heart because something has brand cred.

Spoiler alert: My head says to my heart, “Shut up and love this phone.”

The “U” nomenclature is a play on “You” from its highly reflective (yes, you can check your face/hair in it) fingerprint magnet, Gorilla Glass 5, liquid glass-clad front and gently curved back to its intuitive interface, BoomSound, USonic audio, and HTC Sense AI companion that is devoted to “U”. 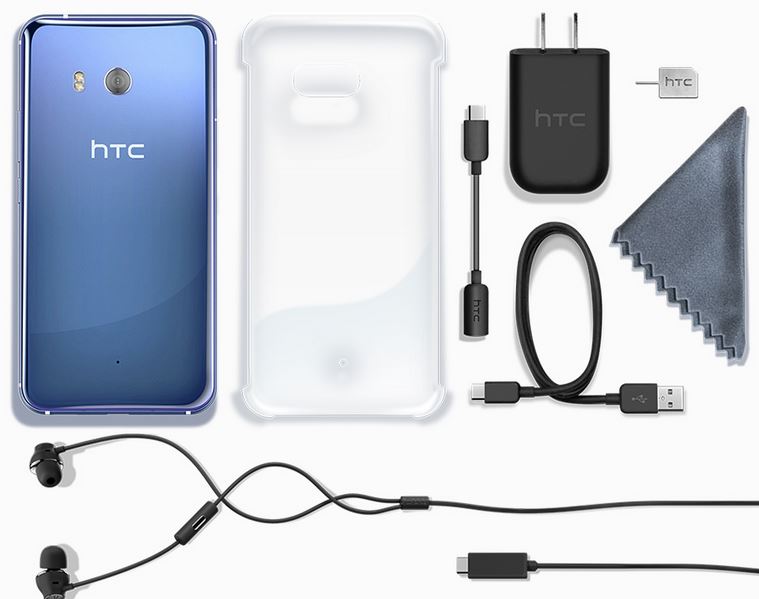 Setup is easy and you can avoid signing into Google and HTC’s own cloud which is important in some Asian countries, and can help you to preserve some semblance of privacy.

The first impression is that it is elegant but in a “plain Jane” way. The front is totally black, curved edges, bereft of the logo, and branding is subtly on the back.

Second impressions are how damned fast and responsive it is – HTC knows how to tune the OS to the new 835 processor as it did so well with the Google Pixel and Nexus it has made.

I am testing a new format for this review: the specifications have an added column for comments – what’s good and bad, above or below iTWire’s flagship paradigm. I try not to compare it too much with other brands – rather the “paradigm”. Hopefully, it will save a few words later.

Geekbench 4 multicore tests place it on par with the Samsung Galaxy S8 (835 version) and slightly faster than the Sony XZ Premium (also 835). It means HTC know how to tune the OS to the processor. The difference between last years Snapdragon 821 (Google Pixel) and the 835 are amazing – Pixel comes in at 4152 and U11 at 6125. The fastest is the Samsung GS8 with Exynos at 6338.

The Adreno 540 performs the same as any other smartphone.

VR: I suspect that as all Daydream phones so far have AMOLED screens (Pixel XL, Axon 7, GS8/+, Moto Z), and this is LCD it will not have VR compatibility.

In use, I often commented how quick it was and even under huge load and playing 4K content it was flawless. 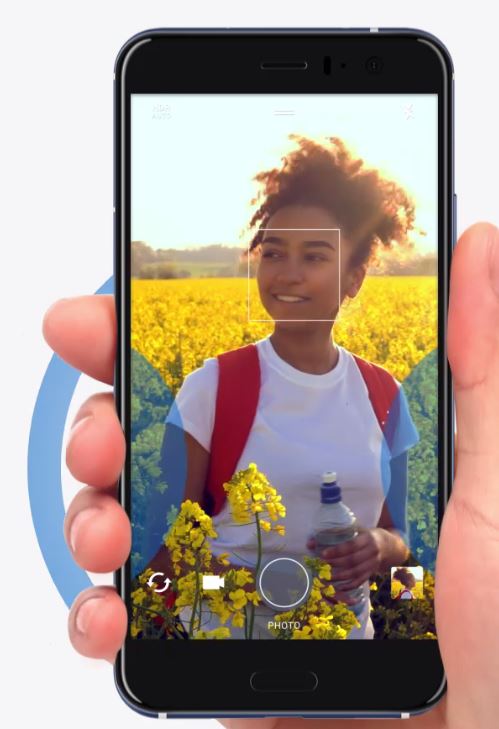 The sides of the phone have embedded pressure sensors. HTC has released a developer’s SDK to allow apps to use context-sensitive squeezes.

You can set up the squeeze feature and adjust the force required to suit your grip.

You can allocate two gestures – short press and long press to an app (it must recognise it). In the camera app, for example, the short squeeze opens the app and long squeeze takes the shot (it delays the shot a couple of seconds so you can compose it). 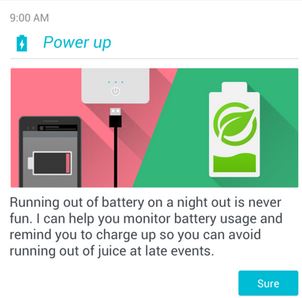 I did not have a lot of time to explore this but HTC has made it plain that it is no ordinary assistant.

The Companion App requires full permissions so that its AI engine can make recommendations based on location, calendar events, phone usage, and fitness/activity data. It is no different to what Siri, Cortana, Google Assistant, Bixby etc., all want and try to do.

It takes behavioural data points like location, time, and fitness activity, and makes recommendations e.g. if you normally leave work at 6 pm and your calendar shows going to dinner at 8 pm it could remind you based on battery use to top it up first.

To be honest, it is yet another AI app and its usefulness will depend on how well you train it and how well HTC develops it. Given all the trouble that Cortana, Bixby, Alexa and even Siri had in understanding Australian localisation I think it is a big ask. Still HTC are determined.

HTC’s overlay over Android mainly relates to iconography – it comes loaded with the stock Google Android Apps and not much more. Bloatware begone.

But there are gesture controls like double tap to wake, app shortcuts, Blinkfeed, theming, Boost+ power use, Power optimiser and more.

It is a light skin over Android, as it should be, to allow for full Android functionality and Google Android OTA updates. 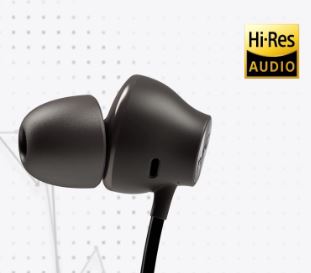 HTC has one front facing “tweeter” (the earpiece slot) and one down firing mid-range (on the bottom) that also acts as a sub. The sound is acceptable quality and can be overly loud. It offers Theatre and Music modes that either boost treble, or try to balance out the stereo effect and split the sound spectrum equally between the two disparate speakers.

Commendable is the hi-res sound support (although that is a standard feature of the Snapdragon 835).

The USB-C USonic buds feature active noise cancellation (ANC) and use the microphones in the phone to create the negative noise signal in the buds. Sonar sensors in the earbuds detect the echo in your ear canals and create an optimal profile – clever.

My take – USonic is as good as the average wireless Bluetooth ANC headphones and eats traditional buds for breakfast.

In tests with a Pioneer AV amp/Jamo speakers and Sennheiser PXC-550 Bluetooth headphones, it outputs a clear, clean, unadulterated sound signal covering most of the 20Hz to the 20KHz range.

In hands-free speakerphone use, calls were clear and loud enough and callers commented that it was clear at their end – courtesy of the four mics.

Camera – the best so far

It has scored the DXOMARK of 90, the highest so far.

I use a series of about 100 shots in a reference library displayed on a colour calibrated monitor to do comparisons. Apologies for not “publishing” shots here but the typical screen resolution for publication simply destroys the subtle nuances you see on a calibrated screen.

All being equal, it certainly beats the Samsung Galaxy S8 (DXOMARK 88) and Google Pixel (89) but I found it hard to prefer one over the other. It uses the 1.4µm pixels, a f/1.7 OIS, lens, and Dual Pixel Autofocus – all the same as the GS8. On paper, there is nothing between them. GSMArena has a shootout between both cameras here.

Where it gets the precious two extra points is from the amazing post processing built into the Snapdragon 835, the dual LED flash, and possibly the app is better tuned.

Yes, the HTC is the winner by a hair's breadth. I looked at the Pixel reference shots and, while they were also excellent, the lower powered Snapdragon 821 is outclassed now in post processing power.

Selfie: HTC’s 16MP selfie is excellent with screen fill flash and HDR and a two-second countdown delay after pressing the shutter.

Camera conclusion: Both use very similar technology but the HTC edges ahead - you will be thrilled with the HTC or the GS8 … 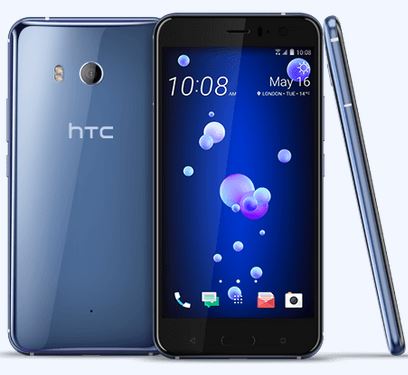 Love it – especially the solar red, that is what my head/heart says. It is a very worthy contender for best Android smartphone of the year. Put HTC U11 back on the top of your shopping list.

I must say that as a reviewer, especially since 2013 when I started writing for iTWire, phones have come an incredibly long way. There is nothing wrong, sorry mostly everything right, with the current 2016/2017 flagship smartphones and some amazing mid-range value and performance like the OPPO R9s Plus.

So, I could give this a 10 out of 10 but I think we need a new rating system because the GS8, for example, has Wireless Charging and the amazing 18:9 AMOLED screen – it deserves brownie points.

On the other hand, HTC U11 has Edge Sense and that camera deserves brownie points too.

Until I work out how to be quantitative rather than subjective, let’s just say it would bring a smile to any flagship buyer to see it under the Xmas tree.

It is the best smartphone HTC has ever made and totally restored my faith in this long-term, iconic, Taiwanese brand.

More in this category: « Sony launches the Xperia XZ Premium – as good as it gets (first look) Huawei P10. Watch out – the new kid has grown up (review) »
BACK TO HOME PAGE
back to top