Given the number of Android phones on the market, it might seem like overkill to have yet another device released. Yet that is precisely what Android creator Andy Rubin has done, releasing a smartphone branded Essential-PH1.

The phone is at the top end of the market at US$749, and is positioned to compete with Pixel, Google's own smartphone, and Samsung's new Galaxy S8.

The handset is modular and sold unlocked. It has a Qualcomm Snapdragon 835 processor, 128 GB of internal storage and a 360-degree camera that can shoot spherical UHD images at 30 frames per second.

As usual, it will be available only in the US initially.

After Google bought Rubin's company Android Inc in 2005, he oversaw the development of the Android mobile operating system until March 2013. 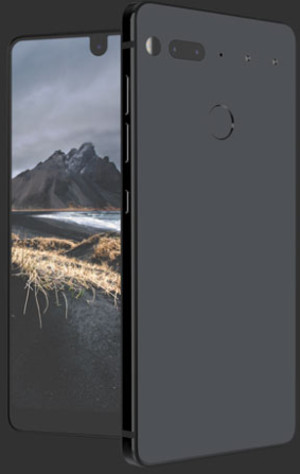 Rubin quit Google in 2014 to set up Essential Products.

One of his emails was prominently cited in the Google-Oracle copyright case last year when it came to light that he had written, in response to suggestions that some other company might use Java in a mobile operating system, "Wish them luck. Java.lang.apis are copyrighted. and sun [sic] gets to say who they license the tck to."

Google won the case and an appeal. Oracle is appealing the final verdict and it is set to come up sometime this year.

Detailed specs of the Essential-PH1: