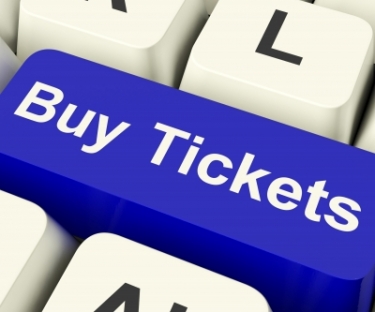 Online ticket reseller Viagogo has been fined $7 million by the Federal Court for misleading Australian consumers with Google advertisements, added fees and claims about the scarcity of tickets.

The penalty imposed on Viagogo follows the Court finding in 2019 that the company made false or misleading representations to consumers that it was the ‘official’ seller of tickets to particular events, that certain tickets were scarce, and that consumers could purchase tickets for a particular price when this was not the case because significant fees, such as a 27.6% booking fee, were not disclosed until late in the booking process.

The competition watchdog, the Australian Competition and Consumer Commission (ACCC) - which brought the court proceedings against Viagogo - said that Viagogo had incurred the fine for breaching Australian Consumer Law by making false or misleading representations when reselling tickets for live music and sports events.

The ACCC said in its statement that from 1 May 2017 to 26 June 2017, Viagogo’s website attracted consumers by advertising a headline price which did not specify a total price for tickets, and it also failed to adequately disclose to consumers that it was not a primary ticket seller.

The Commission cited examples of Viagogo’s advertising, including a ticket for the Book of Mormon advertised at $135 but which was sold for $177.45 including booking and handling fees, as well as Ashes cricket tickets advertised at $330.15, but sold for $426.81 after fees were added.

The ACCC said: “In imposing the penalty of $7 million, Justice Burley described the misrepresentations as serious or very serious, and considered the conduct demonstrated a level of deliberateness. He described one category of representations as having been made on “an industrial scale”.

“Viagogo’s responses were described by the judge as giving it “the appearance of being a company that is indifferent to the interests of Australian consumers and which prefers to elevate its own profit motives above those interests, even when on notice of the potential for harm being done”.

ACCC Chair Rod Sims said: “Viagogo’s business practices were unacceptable. Viagogo misled thousands of consumers into buying tickets at inflated prices when they created a false sense of urgency by suggesting tickets were scarce and when they advertised tickets at a lower price by not including unavoidable fees.”

Sims noted that the Court also observed the need for general and specific deterrence in this matter, particularly to make it clear to corporations which conduct Internet-based operations in Australia that they are subject to the Australian Consumer Law (ACL).

“Today’s $7m penalty sends a strong signal to businesses like Viagogo conducting business in Australia that they cannot get away with profiting from misleading Australian consumers about the price of the tickets they are selling, or other misleading conduct,” Sims concluded.

The Federal Court ordered an injunction against Viagogo, to reinforce the need for adherence to the ACL, and also ordered Viagogo to conduct a compliance program and pay the ACCC’s costs.

Viagogo issued a statement in response to the Federal Court finding, saying that:“This penalty decision relates to issues on our Australian website in mid-2017.

“The matters considered in the proceeding covered a period of less than 8 weeks.

“Since that time, we have overhauled our platform – a process that included consultation with consumer protection regulators in a number of countries.

"Viagogo is committed to providing an important service to consumers that use our platform.

"We are carefully considering today’s decision and for that reason we cannot provide further comment at this time.”

More in this category: « Instant payments market to soar to US$18 trillion by 2025 Government ICT investment push to help revive Singapore’s post-COVID-19 recovery »
Share News tips for the iTWire Journalists? Your tip will be anonymous