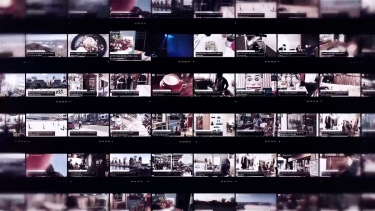 I came, I saw, I vlogged. Perhaps the motto of the millennial traveller.

Video is now the preferred medium for many types of communication. Smartphones with great cameras mean that anybody can take a good video, any time. Video captures the moment.

Video now comprises most of the content on the Internet. It passed 50% about three years ago. YouTube, founded only in 2005, was acquired by Google barely a year later for a lousy coupla billion dollars and quickly became a phenomenon. Now a host of competitors, such as Vimeo and Flickr, allow anyone to upload video to the Net.

At the same time video has become the preferred medium for applications as diverse as training and education, marketing, and just plain old blogging. Then it becomes video blogging, or vlogging. Embedded videos on websites are now commonplace.

Problem is, video can be tricky. Production and distribution can be expensive and time-consuming. What if it was all made easy, with a collaborative platform that allowed hundreds of people to build a slick looking and professional video?

New Australian start-up Vloggi is doing just that. Founded in 2018 by former journalist Justin Wastnage, Vloggi describes itself as the world’s first collaborative video platform. It allows groups of people to upload videos for a common purpose and easily turn them into the finished product – for “community, customers or colleagues.”

Vloggi has already made an impact in its short life, attracting venture funding and some impressive people to its advisory board. Wastnage sees parallels with the recent Australian software success story, design company Canva.

“We want  to become to group video production what Canva is to design,” Wastnage tells iTWire. “Canva has democratised design and allowed people to cost effectively take it back in house. We want to do the same with collaborative video.”

Multimedia design platform Canva is not a bad company to emulate. It was founded in Sydney in 2012 and is now valued at $4 billion. Vloggi has a long way to go but early signs are promising. It could well be the next Aussie software success story.

In May 2019 Vloggi raised capital from angel investors which valued the company at $2.1 million. And last November it was one of three joint winners in the StartCon 2019 Pitch for $1 million venture capital prize funded by US VC firm Edge196. StartCon is the premier event for Australian start-ups, held last year at Sydney’s Randwick Racecourse function centre.

Vloggi is pioneering a whole new concept in video. No one else has successfully attempted what Wastnage’s small team, based in Sydney’s Fishburners startup hub, is doing. Wastnage is a former director of the Tourism and Transport Forum and founder of the Flight TV aviation video channel. He also worked creating video content for Microsoft. The company also includes lead developer Tim Revell, who holds the patent for the first video streaming service over mobile telephones, and Jeremy Giraudet, who pioneered audio podcast workflows.

“We’re solving the problem that video at volume is expensive, complicated and slow,” says Wastnage. “There are thousands of companies in marketing video software space. But Vloggi is the only one to successfully marry crowdsourcing, video assembly and video templates. We solve not only the video creation, but also the on-location shooting.

“We work across industries spanning travel, publishing, charity, not for profits and others to create engaging authentic video content with minimal complexity and cost.

“Lots of platforms promise an easy path to professional video production. But we are the only one empowers community storytelling through video. What marketers want is organic user-generated video content at scale, rather than one-off marketing videos” he says.

“Our philosophy is JUMP: just upload, merge and publish. Video production software is still too linear and too complex for small businesses. On our platform, users can launch new production projects and then crowdsource teams from their audience. Curation and editing is partially automated using AI and other smarts. It means we have a powerful alternative to the expensive and complicated offerings of full-service video production shops.

“We’re now seeing an exponential increase in the number of subscribers to Vloggi. This tells us we’ve found the sweet spot where anyone can use their community to co-create professional video content.”

Vloggi recently announced a significant revamp of its platform, designed especially for travel industry professionals with no film experience, enabling them to edit and publish high quality video stories created by their visitors and campaigns. Features like automatic video diaries and video listicles use metadata to render things that take video producers hours to manually layout on screen.

These smart fields are embedded in thee video templates that users build themselves for use across campaigns. “We say make a template once and re-use it across a series of videos. We are in the world of episodic videos, where marketers need to feed the social media beast with fresh content weekly or daily with consistent content,” says Wastnage.

Vloggi’s revamped algorithm selects the best videos based on crowd popularity, with drag-and-drop video assembly replacing the traditional video timeline. The visual effects like transitions and overlays are automated, leaving users to focus on the important things like encouraging their audience to contribute clips for inclusion in the finished episodes.

Other new features include the ability to incorporate a transparent corporate logo, the creation of highlights reels from multiple contributions, the overlaying of captions without editing software , and the automatic display of shoot location for every clip.

“We call it nonlinear editing,” explains Wastnage. “We have built a sophisticated video content management system from scratch. We have completely democratised the collaboration process so that anybody can build episodic videos shot in any location and on any device.

“Nobody else is doing this. There are a few high-end tools but they don’t have the ease-of-use and collaborative nature of our platform.”

This week Vloggi completed its first pre-seed funding milestone of $300,000 from existing investors. It aims to raise as much again in the next round before officially launching the product later in the year.

“We’ve been keeping a low profile for a while,” says Wastnage, “but that’s about to change. A recent article on ABC News 24 identified us as Australia’s potential next unicorn. We’re strengthening our team take the product to market.”

Vloggi recently appointed StartCon founder Cheryl Mack to its advisory board, along with hospitality sector specialist Mike Sager, Internet of Things veteran Matthew Tati and start-up ecosystem specialist Brendan Hill. “Having the right people is as important as having the right technology,” says Wastnage. 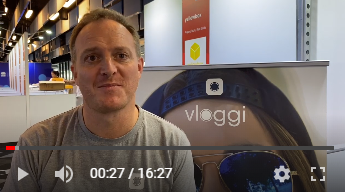 Click the image to watch a video (of course!) interview with Julian Wastnage at StartCon 19

More in this category: « Digital banking users to top 3.6 billion globally by 2024 Australia urged to boost economic growth with more investment from ‘migrant investors’ »
Share News tips for the iTWire Journalists? Your tip will be anonymous