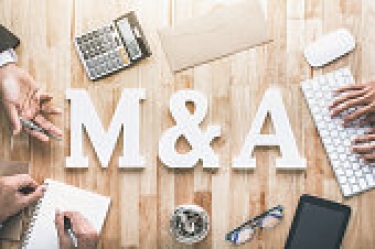 Total technology industry merger & acquisition deals in December 2019 worth US$17.03 billion were announced globally, marking a decrease in value of 44.7% over the number of deals in the previous month - and a drop of 35.8% when compared with the last 12-month average of US$26.51billion.

Comparing deals value in different regions of the globe, North America held the top position, with total announced M&A deals in the period worth US$5.99bn.

At the country level, the US topped the list in terms of deal value at US$5.95bn - and in terms of volumes, North America emerged as the top region for technology industry M&A deals globally, followed by Europe and then Asia-Pacific.

The top five tech industry M&A deals of December 2019 tracked by GlobalData were:

More in this category: « Sales of SPACETALK drive MGM Wireless revenue to new heights Banks risk loss of US$3 billion in payments revenue to digital payments growth, non-bank competitors »
Share News tips for the iTWire Journalists? Your tip will be anonymous