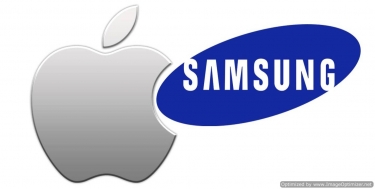 The Australian tablet computer market faces headwinds in 2020 amid longer sales cycles and a sluggish economy, according to a new analyst study.

The study by analyst firm Telsyte forecasts continued market declines in 2020, impacted by the coronavirus, which it says is affecting the entire supply chain, and estimates the Australian tablet market could drop up to 13% in the first half of 2020.

The top 3 vendors were Apple, Samsung and Microsoft, which had a combined share of greater than 75% of the market.

The study also reveals that the tablet replacement period is now up to four years - an increase of 0.6 years compared to 2018 - and despite Australians replacing their tablets less frequently, Telsyte’s ongoing research shows usage has been steady since 2017 at around 2 hours per day amongst 15.8 million users, of which almost 7 million are daily users.

The average cost of tablets sold in the measured half was around $800, down 8% from a year ago.

Telsyte says that with almost a decade since the release of the original iPad (April 2010), the traditional standalone slate tablet market has all but converged with the personal computer market - and since 2018, only two out of six iPads released did not have Smart Keyboards, thus cementing them clearly in the PC replacement market alongside other 2-in-1 computers*.

The new iPad 10.2 inch (2019) was the most popular model sold in the second half of 2019 due to its price point, support for the Smart Keyboard, and more computer like features found in iPadOS.

With the market maturing, Telsyte believes the iPad range could further penetrate the traditional laptop market with more computer-like features built into iPadOS (e.g. USB drive support) and improved productivity accessorises such as a trackpad.

“Australians are more receptive toward the foldable tablets due to improved portability and folding actions have long been adopted in 2-in-1s,” Telsyte Senior Analyst, Alvin Lee, says.