Streaming the key to more imaging in health, says Hyland 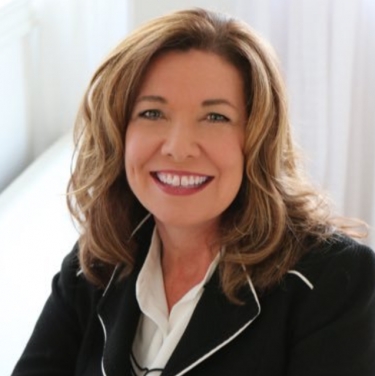 Susan deCathelineau - technology is the key to interoperability

Australia’s My Health Record is a major step forward in electronic health records (EHR), but it is almost entirely text-based. High resolution digital medical images are typically very large, and difficult to share between systems constrained by bandwidth.

That no longer needs to be the case, says content management vendor Hyland, a market leader in the management of medical imaging. “When medical images and unstructured clinical content are streamed, rather than downloaded, most of the performance constraints disappear,” says Susan deCathelineau, Hyland’s SVP of Global Healthcare Sales and Services.

“It’s simply not possible to maintain a central repository of clinical content and medical imaging records across an entire health system. This content exists in many different places. The best way to share them is through streaming.”

The problem with streaming, however, is Interoperability. There needs to be standards in the document formatting and in the communications protocols. deCathelineau says Hyland has developed a system which overcomes these limitations and which is suitable for implementation in My Health Record or any other large-scale EHR system.

The key, she says, is the use of medical imaging standards such as DICOM and XDS, and the use of a simple Internet browser interface for viewing the images. DICOM (Digital Imaging and Communications in Medicine) is a widely used standard that has been around since 1980, but which only last year introduced support for streaming medical video over IP networks. XDS (Cross Enterprise Document Sharing) is a widely used electronic health record document and metadata sharing standard.

Hyland has been very active in developing use cases for the streaming technology. deCathelineau, based in Hyland’s HQ in Cleveland Ohio, was in Australia to meet with the company’s local management team and customers.

“We’re of the strong belief that the power of imaging will help drive greater adoption of medical imaging by patients and clinicians,” she told iTWire. “With the technology we have developed, imaging can be an important part of My Health Record.

Hyland was founded in 1991. It remains a private company and does not publish its financial figures, but has over 3500 employees worldwide. It has a large presence in Australia, with over 200 customers, mostly hospitals and healthcare providers. It also has significant operations in the region in New Zealand, Singapore and Japan. It has not attempted to enter the Chinese market.

“Australia is a very important geography for us,” says deCathelineau. “The structure of the health system is very different to that in the USA, but the technological challenges are the same.”

Healthcare is Hyland’s largest vertical market, and accounts for around half the company’s revenues, both globally and in Australia. Other key sectors are finance and insurance, government and higher education. Its core product is OnBase, a document management and business process automation suite which is highly regarded by analyst groups such as Gartner and Forrester.

The key issue in the content services and enterprise medical imaging market, explains deCathelineau, is interoperability and the use of a common interface for clinicians, patients and healthcare providers. “That’s why browser interface is so powerful,” she says. “It’s a universal interface.

“Clinicians want a simple way of viewing images and showing them to patients. They also want it to happen quickly. Streaming to a browser interface does that.” She talks of ‘multi-ology’ viewing – pathology, radiology, cardiology, radiation oncology, ophthalmology, dermatology, etc.

“We have the standards and we have the technology. Most EHR systems, including My Health Record, have the infrastructure. There is now no reason why imaging and content cannot become an integral part of Australia’s EHR system.”

More in this category: « Contactless payment transactions to reach US$6 trillion by 2024 FifhDoman gets $1.19 million in funding from AustCyber »
Share News tips for the iTWire Journalists? Your tip will be anonymous