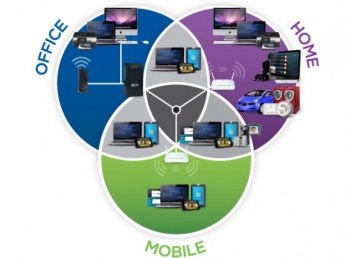 Australian small businesses expect the Internet of Things will ultimately boost their revenues, but they’re reportedly not that happy with the services provided by their IT providers when it comes to the IoT, according to newly released research.

The latest research commissioned by security vendor AVG reveals that just 18% of Aussie SMBs think their IT provider is up to scratch with their services in relation to Internet of Things offerings and overall understanding of the IoT.

And, according to AVG, 70% of Managed Service Providers (MSPs) admit they do need to adapt their services to meet customer expectations of their management of the IoT.

The survey, undertaken for AVG by Vanson Bourne, reveals that the IoT, including multiple devices, wearables and cloud-based services in general, is the current IT trend that’s starting to boost income for small-to medium-sized businesses (SMBs), here in Australia and around the world.

The Australian survey, part of a wider global survey by AVG, included feedback from 180 Australian organisations (45 MSPs and 135 SMBs).

On the trend for higher revenues, there’s apparent agreement between SMBs and the MSPs. According to the survey, almost three out of five (57%) SMBs agreed that IoT will help improve revenues, while two-thirds (67%) of MSP concurred.

According to Michael McKinnon, Security Advisor at AVG Australia, the company’s MSP partners are telling them that the Internet of Things is the “one IT trend making an immediate difference to their bottom line and the SMB customers that they serve.”

But, McKinnon also says the study clearly shows that as businesses grow to rely more and more on IoT and cloud-based services to help generate revenue, “most MSPs are still some way short of being ready to help customers manage this.”

“The research strongly indicates that MSPs need to significantly up their game and demonstrate enhanced levels of protection and control over their customers’ ever changing data, security and device needs.”

According to McKinnon, the study also revealed that more than half (55%) of Australian MSPs say customers are demanding IoT related services and 67% (76% internationally) are planning to expand their service/product portfolio.

Here’s AVG’s summary of the other key Australian findings in the study:

•    When asked if they had already reviewed their service/product portfolio due to the rise of the Internet of Things, Australian MSPs were well below the global average - 29% compared to 53% globally - and are slow in their intentions, with 79% of global organisations and 69% of Australian MSPs planning to get up to speed within 3 years.

More in this category: « PayPal financing open to Australian small business Aussie workers see themselves as a nation of entrepreneurs »
Share News tips for the iTWire Journalists? Your tip will be anonymous