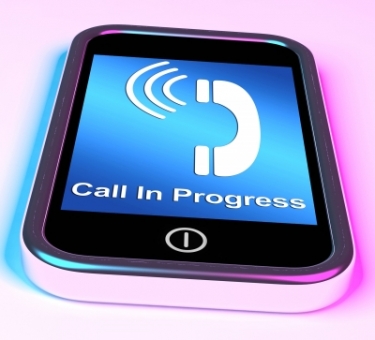 Demand for smartphones in Australia has declined marginally due to the economic toll of the COVID-19 pandemic and handset supply delays, with a 5% drop in sales of the phones in the first half of this year.

According to the Australian Smartphone & Wearable Devices Market Study 2020-2024 from technology analyst firm Telsyte the drop in sales in the first half 2020 saw 3.8 millon units sold, as Australians increasingly relied on their smart devices during the lockdowns.

The Telsyte study found 45% of smartphone users claim they are spending more time on their phones since the pandemic began and, similarly, smartphones also remained the “main” digital device for nearly half (49%) of all users.

And Telsyte says that despite declines in sales of both Apple (-2%) and Android (-7%) smartphones during the measured 6 months, Apple performed comparatively better with the release of the more affordable iPhone SE, increasing its sales share by 1.1 per cent to 44.3% (vs. 55.7% Android).

Apple, Samsung and OPPO were the top three smartphone vendors for the half, with a combined sales share of 87%, up from 81% in 1H19, and Telsyte estimates sales of Huawei smartphones fell 75% from the first half of 2019 to under 50,000 units – mainly due to the lack of Google Play Store, and a difficult trading environment in Australia for the manufacturer.

Telsyte found consumers are increasingly drawn to more affordable smartphones that still offer quality build and features associated with more premium handsets, and the average cost of Android smartphones decreased by over 10 % during the first half (iPhone was down 2% from 1H19).

According to Telsyte the release of the new iPhone SE helped addressed demand for iPhones at different price points and it estimates 230,000 units (or 13% of total iPhone sales) were iPhone SE sales despite only being available for two months in the measured period.

The iPhone 11 remained the most popular iPhone model during the half, followed by the new iPhone SE and iPhone 11 Pro, while both Samsung’s premium Galaxy S20 and A series smartphones helped the manufacturer remain the dominant Android player in Australia.

The current average replacement cycle for smartphones remained at just over three years, up from 2.8 years in 2018 and Telsyte’s study found smartphone users are prepared to hold onto their phones for longer with 46% of consumers claiming they plan to use their phone for at least four years, or until it is no longer usable.

“However, if Apple releases its anticipated 5G iPhone in 2020, it could spur the iPhone upgrade cycle that began with the iPhone SE in April 2020,” Tesyte says, adding that approximately 40% of iPhone users indicated their next smartphone must support 5G technology.

Telsyte estimates less than 15% of smartphones sold during 1H supported 5G, with 5G still being marketed as a premium feature, and that the figure could potentially double in 2H20 with the release of a 5G iPhone and “spark an upward trend similar to when Apple released their first 4G iPhone in 2012 (iPhone 5)”.

“Consumers are spending more time on their smartphones, not just for communications but for essential services, work and entertainment. This increased usage and dependency should see the smartphone market weather the downturn better as consumers replace aging devices,” Telsyte Managing Director, Foad Fadaghi, says.

Telsyte research also found consumers continued looking for ways to improve their overall smartphone experience by ‘accessorising’ with smart wearable devices including wrist wearables (fitness bands and smartwatches) and hearables (e.g. wireless earbuds) - and more than 2.6 million smart wearables were sold during the first half of 2020, up from 1.9 million in 2019, a growth of 39%, mostly driven by a boom in hearables.

Apple and Samsung were the top two vendors in the smart hearables market in 1H20, with a combined 65% market share.

Telsyte’s study found 4.6 million (22%) smartphone users were using smart hearable devices at the end of June 2020, up from 2.6 million a year ago.

Telsyte research found fitness band sales increased by 8% from 1H19, reaching 411,000 units in the first half as more Australians turn to technology for health and fitness.

And despite strong momentum in 2019, Telsyte said the lack of new smartwatch releases, and a maturing market impacted the demand, with 1H20 sales down 7% from 1H19 - while Apple remained the clear leader in the smartwatch market, followed by Samsung, Fitbit and Garmin.

Telsyte research also found around 1 in 5 Australians are interested in smart glasses that work alongside their smartphones, and those interested are on average willing to pay around $460 for a pair.

Telsyte estimates if Apple releases consumer smart glasses in 2020 that are not prohibitively expensive and are widely available, it could potentially sell upwards of 100,000 units in the first 12 months.

Telsyte said it has identified smart glasses as a substantial catalyst for disruption in the eyewear and prescription glasses industry if it can follow the success of smartwatches in gaining regular users and market share.

OPPO Australia managing director Michael Tran commented: "Since 2014, OPPO has striven to take Australians beyond the traditional mobile experience. In just six years, OPPO has become an Aussie favourite, recently being recognised as number three in the smartphone market as we continue to make premium possible for all Australians.

"The Telsyte research found that consumers are increasingly drawn to more affordable smartphones that still provide consumers with quality features. That is the cornerstone of OPPO and a key driver of our success.

"OPPO will continue to embrace new trends and drive innovation in mobile technologies. Our flagship Find X2 Series is a reflection of this innovation, as we look to bring Aussie's 5G capable devices at multiple price points. From the flagship Find X2 Pro to our more affordable Find X2 Lite."

Our Staff Writers and Guest Writers contribute content to iTWire each day and they are available asset to the team. If you want to be a staff writer please contacts us.

More in this category: « Smart checkout technologies to process US$387 billion in transactions by 2025 RedEye teams up with IBM, Shell in Oren marketplace »
Share News tips for the iTWire Journalists? Your tip will be anonymous