Server virtualisation market peaking towards US$5.6 billion in revenues: Gartner 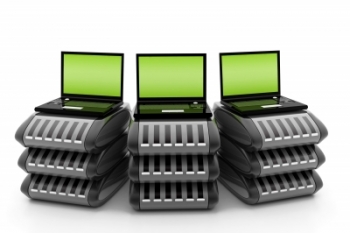 The worldwide x86 server virtualisation market is expected to reach $5.6 billion this year – an increase of 5.7% over 2015 – but despite the increase Gartner says new software licenses have declined for the first time since the market became mainstream more than a decade ago.

According to Gartner, growth is now being driven by maintenance revenue, which it says indicates a rapidly maturing software market segment.

Warrilow says the market remains dominated by VMware, however, Microsoft has worked its way in as a mainstream contender for enterprise use, and there are also several niche players including Citrix, Oracle and Red Hat, in addition to an explosion of vendors in the domestic China market.

While server virtualisation remains the most common infrastructure platform for x86 server OS workloads in on-premises data centres, Gartner analysts believe that the impact of new computing styles and approaches will be increasingly significant for the market, which includes OS container-based virtualisation and cloud computing.

Gartner says the trends are varying by organisation size more than ever before. According to the analyst firm, usage of server virtualisation among organisations with larger IT budgets remained stable during 2014 and 2015. “It continues to be an important and heavily used technology for these businesses, but this market segment is approaching saturation. In contrast, organisations with smaller IT budgets expect a further decline in usage through to at least 2017. This is causing an overall decline in new spending for on-premises server virtualisation,” Gartner notes.

And, according to Gartner, organisations are increasing their usage of ‘physicalisation’, choosing to run servers without virtualisation software – with more than 20% of these organisations expecting to have less than one-third of their x86 server OSs virtualised by 2017, twice the amount reported for 2015. “However, the underlying rationales remain varied.”