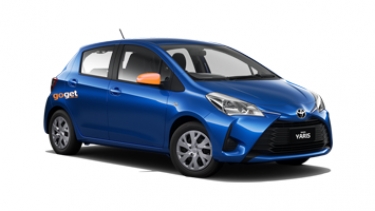 Car sharing service GoGet is claiming a 43% increase in Victoria this year in the use of its services by seniors hard-pressed by the expense of continuing to operate a private car.

“This year, the number of Victorian seniors joining GoGet has surged by 43%, exceeding all previous years,” says Justin Passaportis, GoGet General Manager Victoria, adding that it is becoming “increasingly difficult for many people to justify owning a car”.

“With the cost of owning a private vehicle averaging $6,000 per year between registration, fuel, insurance, repayments, and maintenance, it is an expense many struggle to afford.

“Vehicles are your second most expensive asset after your home. For an asset that’s unused most of the time it’s an expense many are looking to shed. GoGet offers a compelling alternative to vehicle ownership given the affordability, convenience, and variety of our service.

“Increasingly, we’re seeing a trend of seniors joining GoGet as they seek to cut costs without sacrificing independence.”

Passaportis says that in Victoria, the three postcodes with the highest number of seniors using GoGet are 3000 (City of Melbourne), 3006 (Southbank and South Wharf), and 3068 (Clifton Hill and Fitzroy North).

“So far in 2019, Victorian seniors have made more than 4,750 GoGet trips using a variety of shared vehicles including vans, SUVs, hatchbacks and convertibles,” said Passaportis

Passaportis said he expected the trend to continue given Australia’s ageing population.

“As people approach retirement age, budgets tighten and many look to cut back on non-essentials. With the high ongoing cost of owning a vehicle, it is often one of the first things to go.

“With the GoGet Seniors Plan, Seniors Card holders pay no joining or ongoing monthly fees, meaning they only pay for when they drive. With free fuel also included with every membership, seniors save thousands per year by switching to GoGet.”

More in this category: « Payment Logic, Yak Pay apps integrated with Xero VOLTE users predicted to soar to 5 billion by 2024 »
back to top