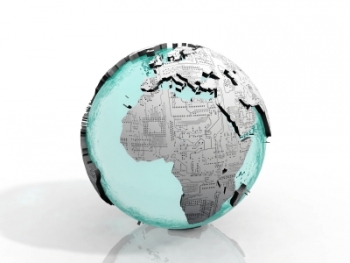 The automotive, LED lighting and home consumer segments are predicted to drive a large part of growth of 30% in the semiconductor device portion of the global Internet of Things semi-conductor market over the next five years.

In its latest forecast, Gartner says the processing, sensing and communications semiconductor device portion of the Internet of Things (IoT) will grow 36.2% in 2015, compared with the overall semiconductor market growth of 5.7%.

And, according to Gartner, processing will be the largest revenue contributor to the IoT ‘things’ semiconductor device forecast, at $7.58 billion in 2015, while sensors will see the strongest growth, with 47.5% growth in 2015.

"The demand for billions of things will ripple throughout the entire value chain, from software and services to semiconductor devices," said Alfonso Velosa, research director at Gartner.

"These 'things' will drive huge demand for individual chips. IoT semiconductor growth will come from industries spanning consumer, industrial, medical, automotive and others.”

"This revenue spans every conceivable industry and is driven by the immense scale of low-cost devices. Some in the industry believe this growth will transform the semiconductor industry. However, further investigation shows that the majority of IoT devices are commodity offerings. The truth is that inexpensive devices are one of the biggest enablers of IoT."

Gartner's forecast for the top 15 things, based on semiconductor revenue, include:

•    The automotive industry plays a huge role in the semiconductor demand from things through the end of the decade, with six segments in the top 15. Regulations for safety and a need for convenience and more autonomous vehicles are driving tremendous demand for new semiconductor devices silicon in the car. One example of how the IoT will transform an automobile is the use of predictive maintenance. Using small sensors throughout the engine, predictive maintenance allows for a better experience for the consumer while enabling tremendous cost savings for both the consumer and the automotive dealer

•    LED lighting will be a huge volume play, both in lowering costs and enabling new services through its capability to connect, network and sense the environment

•    Consumers looking to enhance their lifestyles will also play a central role in growing IoT demand, which in turn will create more demand for semiconductors. The smart TV and set-top box (STB) revenue will continue to grow, due to the increased need for processing and relatively expensive bill of materials (BOM) compared with a traditional embedded "thing."

•    Smart glasses and smartwatches also benefit from a larger BOM cost and will be in more demand as wearables become a bigger part of every consumer's life. Energy savings has always been a real value-add for the IoT.