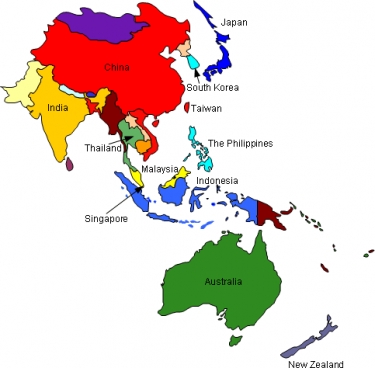 Countries in the Asia Pacific region are showing keen interest in quantum computing and pledging significant investments, according to one analyst firm which says that the quest for quantum computing supremacy is set to gather momentum in the next few years.

While noting that investments in quantum computing so far have been primarily led by the US and a few other European countries such as the UK, the Netherlands and France, GlobalData says that earlier in February 2020, India had allocated a humongous US$1.12 billion in its union budget 2020-21 for quantum computing research over the next five years, under the National Mission of Quantum Technology and Application project.

And Japan and Korea have pledged US$276 million and US$39.8 million, respectively, for quantum research and related technologies.

Sunil Kumar Verma, Lead ICT Analyst at GlobalData, said: “While, these three countries have now begun committing resources and funds to quantum computing, China has been leading quantum computing investments and efforts in the APAC region for quite some time now.”

“Indeed, China established a national strategy in 2016, aimed at making the country more self-reliant in the quantum computing space. The government invested US$10bn towards building a quantum research facility in Hefei (expected to open in 2020), to further establish its technology supremacy in global quantum computing and sensing.”

According to Verma, the battle for quantum supremacy is also extending to the technology vendors from across the globe.

“On the other hand, technology vendors in the APAC region too are racing towards making their presence felt in quantum computing, primarily led by vendors from China, such as Alibaba, Huawei and Baidu. These Chinese vendors have been among the early movers in the quantum computing space, having begun undertaking efforts in this space a couple of years ago.

Verma also said that Japanese vendors NEC and Fujitsu, too, have been undertaking quantum computing efforts - with Fujitsu completing the on-premises installation of the Fujitsu Quantum-Inspired Computing Digital Annealer in October 2019, and similarly, in December 2019, Japan's NEC partnered with D-Wave Systems, to build hybrid HPC and quantum apps, by leveraging the capabilities NEC's high-performance computers and D-Wave's quantum systems.

“Despite all the breakthroughs, all the leading tech companies and countries are at an elementary stage of understanding and building quantum computers,” said Verma.

“In parallel, the competition for quantum advantage is all set to be a key differentiating factor, as leading vendors continue to announce breakthrough for various applications.

“For quantum computing to be successful, research, along with apt funding, will be essential to achieve a breakthrough in the coming years. However, significant breakthroughs for various applications in the real-world scenario are probably still a few years away.”

More in this category: « LogicMonitor eyes Australia for Asia push Digital banking users to top 3.6 billion globally by 2024 »
BACK TO HOME PAGE
back to top