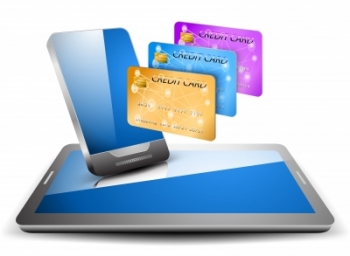 Australian fintech and payment plan provider Payright has moved into e-commerce, enabling accredited merchants to add the payment option to the checkout in their online store – and customers to select Payright at the online checkout allowing them to opt for the “flexible” buy now, pay-later payment option for their purchases.

Payright says it has created payments modules supporting its e-commerce capability with a number of platforms including Magento, PrestaShop, WooCommerce and Drupal, with several more platforms scheduled for release in the coming months – and with the functionality built directly into the platform giving Payright access to thousands of merchants across its target market.

Piers Redward, co-founder and joint CEO of Payright, said, “We have seen an overwhelming response to our initial launch of e-commerce with many existing merchants seeking to use the functionality and a growing number of new merchants joining the Payright platform off the back of the launch”.

“We have endeavoured to build on the solution being offered by other buy now, pay later providers by developing an e-commerce module designed for more considered purchases from $1,000 to $20,000, as well as smaller buys up to $1,000.”

Myles Redward, co-founder and joint CEO of Payright, said that “providing an integrated solution directly into our merchant partners’ online stores is expected to increase sales volume by up to 30% and improve yield”.

“Consumer adoption of ‘no interest ever’ payment plans is at an all-time high, and by integrating our e-commerce plug-in into their web platform, existing and prospective merchants can now provide their customers with an omni-channel buy now, pay later offering – both in-store and online.”

The introduction of e-commerce to the Payright platform coincides with the company’s unveiling of its new branding and visual identity, which it says represents the company’s values and ethos of ‘Make easy happen’.

Payright says that as consumer behaviour is increasingly shifting towards buy now, pay later and away from credit cards, in turn it has created a structure for its narratives in order to effectively communicate and engage merchants and consumers.

“Recognising that awareness of the buy now, pay later space is at an all-time high, Payright aims to educate and build a brand that resonates with target merchants and consumers. Featuring a new suite of logos and website, the rebranding reflects the transformation of Payright, and visually and verbally differentiates the brand between other buy now, pay later players in the market,” Payright says.

Payright says that in its first three years of lending, it has acquired over 1,500 merchants with around 100 new merchants joining the platform every month and written 18,000 plans totalling approximately $45 million – with an end customer base of around 20,000 and a target of $100 million in volume in FY20.

More in this category: « Booming North American wearables market hits US$2 billion for quarter Quantify, 8Digital deal on Queensland distribution »
back to top