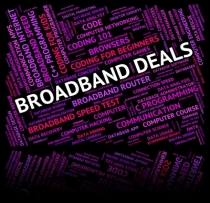 Mobile telecommunications company OVO Mobile has launched a new mobile broadband product, Boom XL 500GB, which it has cast as a “real alternative” to the NBN and other fixed broadband offerings.

“OVO is once again offering a fast and consistent mobile broadband product, now with half a terabyte included, making it a real alternative for those disillusioned with NBN and other fixed broadband offerings,” OVO said as it launched the offering on Friday.

The company trumpets the fact that it was the first to introduce a 250GB pre-paid mobile broadband plan in mid 2018, and “has again set industry benchmarks by offering 500GB per 30 days for $109.95, with no lock-in contracts and operating on the fast and consistent Optus 4G Plus network”.

"Consumers are tired of the excuses fixed internet providers give and are looking for something fast, flexible and that fits with their lifestyle – OVOBoom gives them what they need the way they want it, and it’s great value too” said OVO chief markleting officer Nicole McInnes.

"Many of our customers are from a  generation of renters who grew up on mobile, and typically leave home each day with a variety of connected devices and they expect to be able to access whenever and wherever they go.

"With OVOBoom, coupled with a portable modem, they can connect multiple devices at a time.  We know this audience is multi-screening, they're streaming audio and video content while they're working, studying and even gaming.  With our 500GB prepaid offering, they can do all of that on a single data plan, wherever they are.”

With OVOBoom XXL, OVO says it is targeting to the “largest single group of data consumers in Australia”, that is also growing significantly YoY.

OVO cites ABS figures, which it says show that at June 2018 more than 6.5 million broadband subscribers were on mobile wireless, up nearly 8% in a single year. And fibre connections is the next largest group at 3.6m, passing DSL subscribers for the first time in 2018.

OVO says it is also catering to growing audiences of its OVOPlay content, such as the Chinese Super League and Australian Esports League, who almost exclusively stream entertainment on mobile devices.

"We are a mobile nation.  With this plan, we're providing another option for Australian broadband subscribers who don't see the sense of paying for an Internet connection that's restricted to a fixed address,” said McInnes.

"All this is heading toward a near-future of unlimited allowances on mobile data plans. Our 500GB release is another leap forward toward that day."

More in this category: « Bitcoin creator allegedly unmasked Talking Bush a boon to blind TV watchers in Australia »
back to top