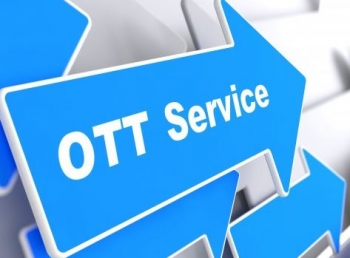 Over The Top content will become a US$65 billion global market by 2021 and it is being driven by masses of video content, according to an official at Ooyala.

Minardi gave iTWire an overview of video activity across the Americas, Europe and Asia-Pacific regions.

She says it is plain to see that OTT video and technologies to support it can and are being used in a variety of ways to drive revenue and audience engagement.

"As audiences clamour for individualised, private TV experiences going forward, the companies best able to deliver them will lead in video," Minardi said. Her words follow.

In Europe, this rise has been dramatic: A report from the MAVISE database of the European Audiovisual Observatory noted that the European Union saw a nearly 50% increase in the number of TV channels between 2009 and 2015.

Mobile is fuelling consumer hunger for OTT video in the region. As the Ooyala Q3 2016 Global Video Index report found, Europe leads the rest of the world in mobile video viewing, at 54% of views (versus 52% ROW). The Netherlands and Belgium have the highest percentage of mobile plays in the region (at 65% and 59% respectively), while Great Britain and Ireland are tops for mobile sports viewing (at 59% and 57% respectively) compared to the world’s average of just under 50% for mobile sports viewing.

Media supply chain management — or, in more modern terms, media logistics — has become an essential means for companies to keep up with these market changes around content production and consumption (and stay ahead of future ones). For instance, Sky Sports in the U.K. uses media logistics to deliver hundreds of Premier League in-game clips and highlight packages for online and linear consumption to 40 international licensee partners, all in a matter of minutes.

As audiences clamour for individualised, private TV experiences going forward, the companies best able to deliver them will lead in video.

In the US, 70% of viewers binge-watch TV shows, which is a core selling point of OTT and SVOD offerings. And, in both the US and Canada, millennials outpace other generations for binge-watching behaviours. These findings suggest the level at which audiences (particularly younger ones) are willing to engage with video content, try recommended content, and stick with services that meet their specific, personal viewing demands.

OTT streaming providers are catching on. Hulu’s on-demand service sees 75% of viewing driven by content recommendations. Netflix, a market leader and early catalyst for SVOD content binging, is known for its data-driven approach to selecting and analysing content for its passionate audiences. For example, it determined that 70% of viewers were hooked after just two episodes of its breakout original series, Stranger Things.

Our own Ooyala Global Video Index has revealed that OTT viewing patterns vary considerably by the time of day, day of the week, device used, and business model employed. Identifying and understanding these variables can help content providers optimise their video and maximise revenue.

Undoubtedly, using data to curate personalised content and advertising will play a defining role in the future OTT landscape and ultimately separate the video winners from the losers.

While on-demand video has enabled the OTT industry to scale, live video will make it soar. Online delivery is evolving to provide the same quality and experience of live TV broadcasts and is now serving as a core differentiator in crowded markets.

Latin America is just one region seeing a rapid uptick in live streaming content and interest, particularly with sports.

And in Brazil, Globo was the first broadcaster in its market to offer live and VOD content in an SVOD service.

They won’t be the last. Many companies are harnessing the libraries, audiences and learnings they gained with their VOD services to launch live streaming for deeper OTT offerings and additional revenue across devices and to stay ahead of their competition in the space.

As audiences continue to shift away from linear TV, ad revenues have naturally followed.

In the Asia-Pacific region, digital video advertising is growing by leaps and bounds. Australia alone saw 75% growth in this sector between 2014 and 2015, compared to 27% in the US. Video is the fastest growing segment of Japan’s display advertising market. And, eMarketer reported that India’s digital video ad spending share rose from 12% in 2014 to 17% in 2015, at the expense of all other digital formats.

With all of this activity, the need for robust solutions like programmatic video, holistic advertising and ad re-insertion has increased rapidly and exponentially. Malaysia’s Media Prima, for one, uses a holistic ad platform that integrates direct and programmatic trading into a single service; the company can track the success of all its ad campaigns in real-time, making on-the-fly adjustments to maximise yield.

More in this category: « The world is becoming digital first. Are e-signatures taking off? Microsoft Surface sales go south in 3Q »
BACK TO HOME PAGE
back to top