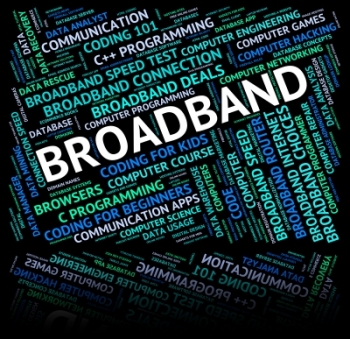 New Zealand’s average broadband speed has increased threefold in the past five years alone, according to the country’s competition enforcement agency the Commerce Commission.

The Commisssion has published a paper looking at the past decade of broadband performance testing in New Zealand, ahead of the first round of information to be released by its new independent testing partner, SamKnows.

According to the Commission, there have been noticeable improvements in the performance of broadband services since 2007 when it first started testing broadband performance.

We explain below how download speeds have improved over time and compare them regionally and internationally. 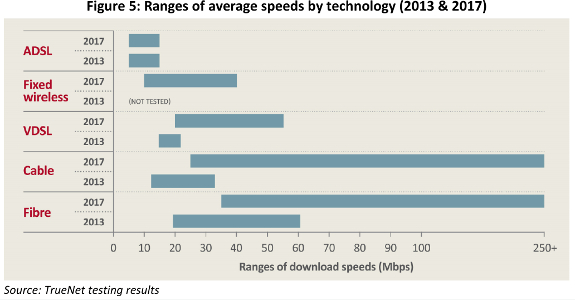 The Commission says that between 2013 and 2017 there have been speed improvements across technologies.

According to the Commission’s paper, notable events include  Netflix’ arrival in New Zealand in 2015 which saw providers’ having to manage network congestion caused by large increases in video traffic over broadband networks, and increasing broadband speeds around the country “mirroring the Government’s rollout of Ultra-Fast Broadband and rural broadband initiatives”.

“When consumers are thinking of switching broadband plans, things have often changed since the last time they were in the market. New Zealand’s average broadband speed has increased threefold in the past five years alone, and with more options available than ever before we want to empower consumers to make good purchasing decisions,” Telecommunications Commissioner Dr Gale says.

In May 2018, the Commission announced SamKnows as the provider to deliver an enhanced broadband testing program with probes in 3000 households.

Under the program, volunteers have access to their own personal broadband performance information in real time through a personalised online performance dashboard.

To date, more than 2600 volunteers have signed up for the testing program, with the first round of testing information expected to be made available in October 2018.

More in this category: « Digital transformation a struggle for many organisations: survey ‘Promising year’ for Aussie networking infrastructure market: IDC »
Share News tips for the iTWire Journalists? Your tip will be anonymous