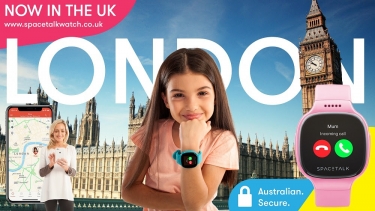 The Australian-listed MGM Wireless (ASX:MWR) says SPACETALK will be available through Currys PC World online for £199, with customers able to purchase their own SIM and the AllMyTribe App, which retails in the UK for £3.99 per month.

MGM says the new agreement broadens access to SPACETALK in the UK as Dixons Carphone is a leading multinational consumer electrical and mobile retailer with annual sales in excess of £10 billion, and the owner of Currys PC World which is the largest specialist electrical retailing and services operator in the UK and Ireland.

"Our UK post-launch sales already are 70% above post-launch sales in Australia for the same time. Currys PC World is a destination brand for electronics and mobile consumers and part of a group which reported 700 million website visits for FY19.

“Increased availability of SPACETALK will help us capitalise on Sky’s marketing campaign which has lifted UK sales significantly since its commencement.”

MGM says it is in advanced negotiations with Australian and overseas-based telcos and bricks and mortar stores, including other Dixons Carphones stores, to further boost distribution of SPACETALK.

The new UK sales deal comes as MGM announced to shareholders that according to mobile App ranking site App Annie1, its AllMyTribe App was the number 1 Top grossing App on iOS and number 2 on Google.

More in this category: « US$54 billion wearable tech industry offers ‘immense opportunity’ for construction sector by 2023, says analyst Ericsson, Microsoft team up on connected vehicle platform integration »
Share News tips for the iTWire Journalists? Your tip will be anonymous