Court battle to establish who invented bitcoin given go-ahead Featured 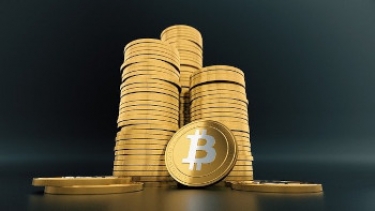 A court battle to decide who was the inventor of bitcoin has been given the go-ahead by the London High Court, a Reuters report says.

Australian computer scientist Craig Wright, who has claimed that he is the creator of the cryptocurrency — which has been in the news recently due to its meteoric rise in value — has filed a copyright infringement case against whoever is operating the bitcoin.org website.

The court allowed Wright to go ahead even though the owner of the bitcoin.org site, known as Cobra, may be living in a third country and has not made any personal details public.

As iTWire reported back in 2019, the domain bitcoin.org was registered in August 2008. In October the same year, a paper, titled "Bitcoin: A peer-to-peer electronic cash system" was posted to a cryptography mailing list.

The name of the author was given as Satoshi Nakamoto and he created the bitcoin network in January 2009 when he mined the first block of the chain.

Nakamoto disappeared in 2010 and is estimated to have mined a million bitcoin. The smaller bitcoin unit — one hundred millionth of a single unit — is known as the satoshi.

In 2015, a series of articles in the US websites Wired and Gizmodo named Wright as being Nakamoto. He has registered an American copyright to the bitcoin white paper and the code for bitcoin 0.1. The US Copyright Office awarded the registration to him, according to an announcement on their website in May 2019. However, this did not settle the claim as to who was the inventor.

The Reuters report gave no indication of when the London case would come to trial. It quoted contesting claims by either side, with Cobra saying: "We've been threatened to take down the bitcoin white paper by someone who obviously isn't the inventor of bitcoin (if he was, that would make him the 25th richest person in the world, which he obviously isn't).

"Seems like he's trying to abuse the UK courts to make them try to censor the white paper and harass small websites like us providing education content with his behaviour."

Simon Cohen, a lawyer from the firm Ontier, which represents the UK-based Wright, was quoted as saying: "The case will turn on whether the court is satisfied that Dr Wright did indeed author – and owns the copyright in – the white paper and, therefore, that he is Satoshi Nakamoto."

More in this category: « Square to roll out lending program for Australian market Digital transformation a ‘top priority’ for Australia, New Zealand CFOs »
Share News tips for the iTWire Journalists? Your tip will be anonymous