Coronavirus to hit global wearables market in first-half of 2020: IDC 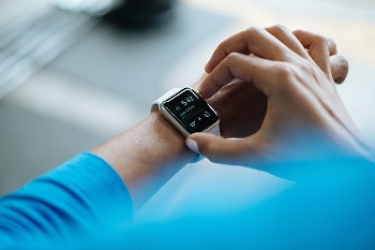 The global wearables market is expected to grow by 9.4% in 2020, the market intelligence provider IDC says, adding that this would be a major slowdown from the 89% growth in 2019, with the coronavirus pandemic affecting supply in the first half of the year.

The number of shipments during the year is projected to be 368.2 million and the market is forecast to grow to 526.8 million shipments by the end of 2024, with a five-year compound annual growth rate of 9.4%.

"We anticipate a 13% decline collectively during the first quarter as many factories in China struggle with manufacturing due to labour and component shortages," he said.

"Similarly, a decline of 7.1% is expected in the second quarter followed by mild recovery in the second half of the year as supply constraints slowly begin to disappear and manufacturing returns to normal."

"Hearables have become the must-have wearable device for end users and are available at a broad range of price points and feature sets," he said.

"Meanwhile, smartwatches have gradually gained greater salience not only for health and fitness but simply for the convenience of having information surfaced to the wrist, and convenience is what owners appreciate the most in their wearables."

But the market for wristbands was expected to remain nearly flat with a 1.8% CAGR.