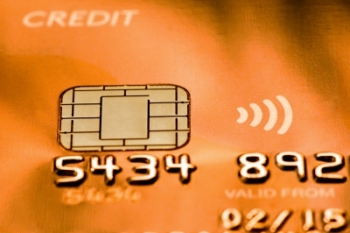 The use of contactless cards for payments is picking up in the Australian market with the technology starting to gain traction and greater acceptance by banks, merchants and consumers, according to a newly released study.

The number of contactless cards issued in Australia has increased dramatically, growing from 7.6 million in 2010 to 18 million last year, while the growth in the number of retailers accepting contactless payments is expected to reach 33.9 million cards in 2019.

And, while contactless cards have been issued in Australia since 2006, analyst firm Timetric says that a major push on the acceptance side only started in the second-half of 2010.

“The technology is gaining prominence in the country as banks such as CBA, National Australia Bank (NAB) and Westpac are offering payments based on contactless technology,” says Timetric analyst Kartik Challa.

“A key element in the rapid take-up of contactless payments was primarily due to the initiatives taken by the international scheme providers - Visa and MasterCard - to capture a larger share of the Australian payment cards market.”

The survey by Timetric also shows that debit cards continue to dominate in the Australian payments market as consumers move away from using credit cards, with the growing popularity of contactless technology contributing significantly to this trend.

According to Timetric, some of the changing consumer preferences away from credit card use in Australia can also be explained by factors such as an increasing apprehension to indebtedness among consumers, and initiatives by the Reserve Bank to regulate interchange fees.

Challa says the intervention by the RBA to cap the debit interchange fee, the removal of the surcharge on card transactions and restrict the ‘honour all cards’ rule to allow merchants to decline cards, succeeded in changing the relative prices of using debit cards.  “As a result, this increased spending on debit cards during the review period is a trend anticipated to continue over the next five years.”

Timetric also reveals that in 2014, in terms of transaction value and volume, the total Australian payment cards market accounted for a share of 5.1% and 11.2% respectively in the Asia-Pacific region – and, the average number of monthly card transactions, as well as the average annual spend per card, are higher in Australia compared to other mature payment card markets such as the US, the UK, Canada and Germany.

More in this category: « Global PC shipments decline ‘steepest’ since 2013 Hard disk demand down – it is really still about PCs »
back to top