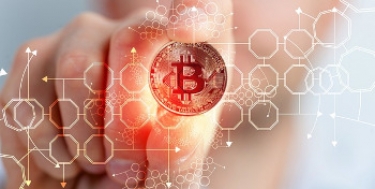 The value of bitcoin is likely to fall in coming days after Tesla owner Elon Musk announced on Thursday that the electric car manufacturer would no longer use the digital currency in its transactions.

In a notice posted on Twitter, Musk said Tesla was halting the putchase of vehicles using bitcoin as he was concerned about the rise in the use of fossil fuels for bitcoin mining and transactions. He added that the use of coal, which had the worst emissions of any fuel, was of particular concern.

One of the main reasons for the rise was the purchase of US$1.5 billion worth of bitcoin by Musk on 8 February, causing the currency to rise in value to US$44,220.

In the notice, Musk said while cryptocurrency was a good idea, and Tesla believed it had a promising future, the environment could not be sacrificed.

"Tesla will not be selling any bitcoin and we intend to use it for transactions as soon as mining transitions to more sustainable energy," he wrote.

"We are also looking at other cryptocurrencies that use less than 1% of bitcoin's energy/transaction."

Reacting to the Tesla move, Adrian Przelozny, chief executive and co-founder of Australian cryptocurrency exchange Independent Reserve, said: "It is disappointing to see Tesla remove bitcoin as a payment option. Bitcoin is a revolutionary technology that can bring financial freedom to people all over the world in a way that would have recently been thought impossible.

"However, we've seen bitcoin receive all sorts of bad press throughout the years, such as governments banning its usage. And despite that, bitcoin has always recovered and grown to new highs.

"Long-term, I'm still very bullish on bitcoin and don't believe that this announcement will significantly impact price or adoption.

"That said, the cryptocurrency industry can always explore ways in which it can be more sustainable. In 2019 Independent Reserve announced its commitment to offsetting our carbon footprint. Through The Trillion Trees Foundation, we're planting hundreds of trees each year. Moreover, we're capturing a tonne of CO2 each year through our subscription with Climeworks.

"That is energy which is produced and then not put to good use. In my view, that is a reasonable price to pay for the benefits that bitcoin can bring to the world."

More in this category: « Commonwealth Bank, BigCommerce partner on ecommerce transformation Heritage Bank continues branch expansion in NSW »
Share News tips for the iTWire Journalists? Your tip will be anonymous