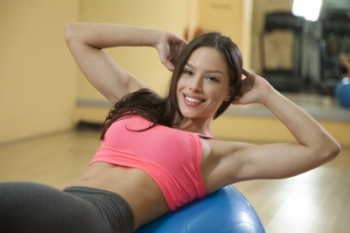 Image courtesy of patrisyu at FreeDigitalPhotos.net

Led by fitness-focused women, Australians are investing in fit-tech to track their fitness, with one fifth — or 20% — purchasing a fitness tracker in the last 12 months.

The increased spending on fintech is revealed by the latest research from the Commonwealth Bank, which also shows that in 2018 Australians are predicted to spend $4.7 billion on News Year’s fitness fads.

The survey of 1011 Australians, aged 18 or older, reveals that females are leading the charge in fit-tech spending, with almost a quarter (23%) turning to online fitness ideas and apps to save on personal training costs.

And, although getting physically fit is high on the priority list, almost nine out of ten (89%) Australians aren’t budgeting for their health and fitness resolutions, with Australians overspending by $25 million per month.

While Australians pound the pavement or hit the gym, the survey reveals that only a third (37%) will spend the New Year getting financially fit, by saving more and becoming debt-free.

Commonwealth Bank executive general manager Clive van Horen encouraged the setting of budgets for each resolution to keep track of spending. “While we’re setting New Year savings goals for holidays or homes, nearly a third (30 per cent) of Aussies don’t think about how much they are spending on fitness goals; for example, 2.6 million Aussies admitted to buying sports or fitness equipment that was never used," he said.

“Getting financially and physically fit can easily go hand-in-hand if people keep track of spending using simple tricks like researching before committing to health and fitness memberships, class passes or costly equipment – then using online banking to track spending while using apps to track steps.

”How much cash are we splashing? Australians spend $712 million a month on health and fitness activities, equating to a $38 monthly spend for the average Australian.”

The survey reveals that activewear and trainers will be top purchases in 2018, with nearly a fifth (18% and 17% respectively) having these items on their New Year shopping list. And of those Australians sticking to a budget, one in two (54%) of Australians use online banking to track their health and fitness spending.

More in this category: « Micro Focus shares hit after results miss forecasts Sharp fall in bitcoin value as Seoul, Beijing crack down »
back to top