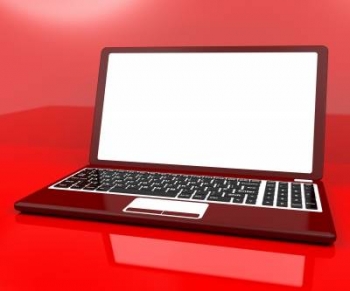 The Asia Pacific region suffered a decline of 6.3% in PC shipments in the second quarter this year as worldwide shipments of PCs also declined for the seventh consecutive quarter, despite showing signs of improvement, according to global analyst firm Gartner.

But, while all regions recorded a drop in PC shipments for the second quarter, there was an upswing in North America, where shipments increased for the first time in five quarters to 15.2 million units, a 1.4% increase from the second quarter of 2015.

With what Gartner describes as a “stagnant economy” in the Asia Pacific region, it says this put pressure on discretionary spending, and smartphones ranked as a higher priority to purchase than PCs.

“There were election activities in Australia, the Philippines and South Korea, which created a lull in IT spending from the government sector. PC shipments in China declined 6.4%.  Business confidence is weak in China, and this affects consumer buying patterns,” Gartner said.

And, according to Gartner, while the UK's vote to exit the European Union did not have a major impact in the worldwide PC results in the second quarter of 2016, Brexit could potentially create uncertainty, not only in currency, but also the entire economy beyond Europe.

Lenovo maintained the No. 1 position in worldwide PC shipments in the second quarter of 2016, despite a 2.2% decline in units from the same period last year – the fifth consecutive quarter of global PC shipment declines for the big Chinese vendor.

Gartner reports that Lenovo did experience double-digit growth in the US mobile PC market, but EMEA continued to be a challenge for the vendor due to inventory build during the quarter.

And, in Asia/Pacific, Lenovo's shipments declined, but the decline was less than the overall average in the region.

For HP, the market improved, with the company returning to positive growth in the second quarter of this year after four consecutive quarters of shipment decline.

Gartner says HP resolved its inventory build-up, which had slowed its sell-in shipments, and the company did well in EMEA to maintain the top position, but was not able to surpass Dell in the US market.

Dell grew faster than the industry average in all regions in second quarter of 2016, and Gartner says the vendor did especially well in the US, Latin America and Japan markets while its mobile PC shipments grew across all regions except EMEA, and its desktop PC shipments declined in most regions.

Gartner also reports that Asus, Apple and Acer are battling it out for the fourth position in worldwide PC shipments for the second quarter of 2016, as preliminary results get finalised.

"One of the ongoing problems in the PC market has been the price hike in selected regions due to the weakening local currency against the US dollar," said Mikako Kitagawa, principal analyst at Gartner.

"The price issue has impacted the EMEA and Latin America regions for the past year. However, PC shipment declines became rather modest in the second quarter compared with previous quarters, which suggests a fading currency impact."

Gartner says all regions except North America experienced a PC shipment decline, and, according to Kitagawa, the Latin America region was still very weak largely because of political and economic instability.

More in this category: « New leadership challenges for CIOs in enterprise digital transformation: IDC SMEs adopt a cautious approach to tech adoption »
BACK TO HOME PAGE
back to top