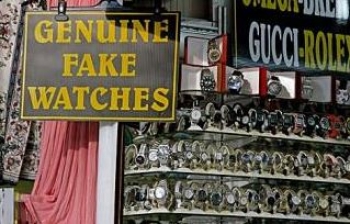 In a first, Chinese-based e-commerce hosting website Alibaba has sued two of its resellers for selling fake goods on its Taobao platform.

Alibaba Group has filed, in the Shenzhen Longgang District People's Court, a lawsuit against two fake Swarovski watch sellers on the Taobao platform, claiming RMB1.4 million in damages for contract and goodwill violations.

It is the first legal action taken by an e-commerce platform in China against counterfeiters. And it won’t be the last as the Group has already compiled a list of counterfeiters against whom it will take similar actions. Last month, the company took a brushing operator to court suing it for RMB2.16 million yuan in damages.

“We want to mete out to counterfeiters the punishment they deserve to protect brand owners. We will bring the full force of the law to bear on these counterfeiters to deter others from engaging in this crime wherever they are,” said Zheng Junfang, chief platform governance officer of Alibaba Group.

With the help of big-data technology, Alibaba’s platform governance team detected a Taobao merchant suspected of selling the fake Swarovski watches. The team then initiated its “test-buy purchase programme” to buy a Swarovski watch, which was later confirmed by the rights holder Swarovski to be fake.

The Shenzhen Luohu District police then raided the seller and confiscated more than 125 counterfeit Swarovski watches, valued at nearly RMB2 million. Another fake Swarovski seller on Taobao was found to be related to the case during the action.

"We take a holistic and technology-driven approach to IPR-enforcement," said Matthew Bassiur, Alibaba's head of global intellectual property enforcement. "Big-data analytics enhance our ability to identify and pursue counterfeiters, and make it increasingly difficult for these illicit sellers to hide in the shadows."

Alibaba has spared no expense and manpower to invest in the Platform Governance Department since its launch in 2015. That year Alibaba spent more than RMB150 million on test-buy purchase programme to spot check the products on its platform. Today, the department has a roster of some 7000 employees and volunteers in their fight against counterfeiting.

This is amazingly good news and one can only hope the concept spreads to every other e-commerce sites. Just a warning – if it sounds too good to be true it probably is.

Not picking on eBay as such but there are nearly a million references to Swarovski – about half use the word genuine! eBay does offer a money back guarantee if the goods are fake.

Fake, replica and counterfeit goods, many ironically made in China, abound on e-commerce sites and not all are as ethical as eBay or now Alibaba.

More in this category: « Aussie games developers earn $114.9 million, industry predicts greater growth from exports Cook's bonus down as Apple misses sales target »
BACK TO HOME PAGE
back to top