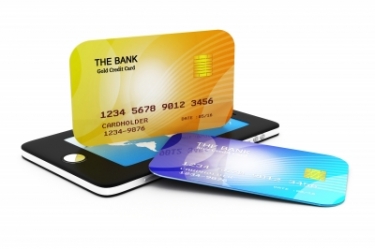 Afterpay, Apple Pay and Google Pay are driving the adoption of new digital payment services according to a new report that shows an increasing proportion of Australians are utilising new digital payment methods such as buy-now-pay-later services, contactless mobile payments and wearable payment devices.

According to data from the Roy Morgan Digital Payments Report a total of 10.2% of Australians now use buy-now-pay-later services such as Afterpay or Zip Pay in an average twelve-month period (up from 7.4% a year ago). 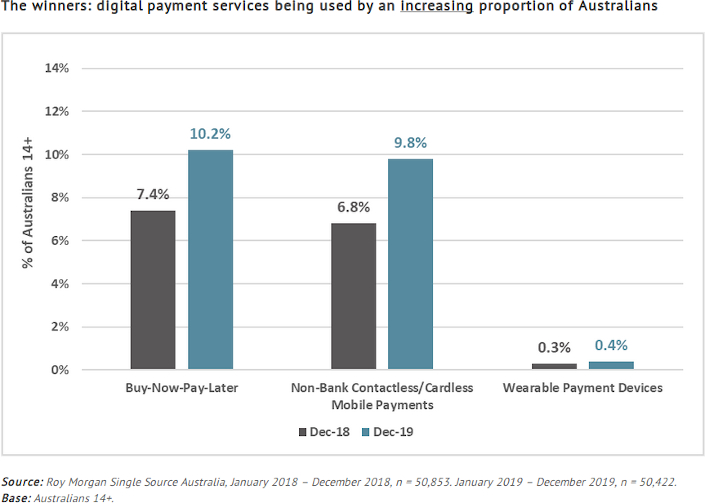 “Taking buy-now-pay-later technology as an example, awareness of these services has grown from 41.5% of the population a year ago, to 55.5% today. This growth in awareness is the first step to higher rates of adoption.

“Afterpay, Apple Pay, and Google Pay are expending a great deal of effort to developing new options that appeal to consumers, and clearly it’s paying off for them,” Levine said.

According to Roy Morgan, growth in newer digital payment services is coming at the expense of existing payment methods, with the use of bill payment services dropping to 56.3% of Australians from 58.8% a year ago, due to declines for both BPay, down to 50.8% from 53.1%, and Australia Post Billpay down to 15% from 16.4%.

Also declining over the past 12 months are online payment platforms such as PayPal, Western Union and Masterpass now used by 40.5% of Australians down from 43.8%. 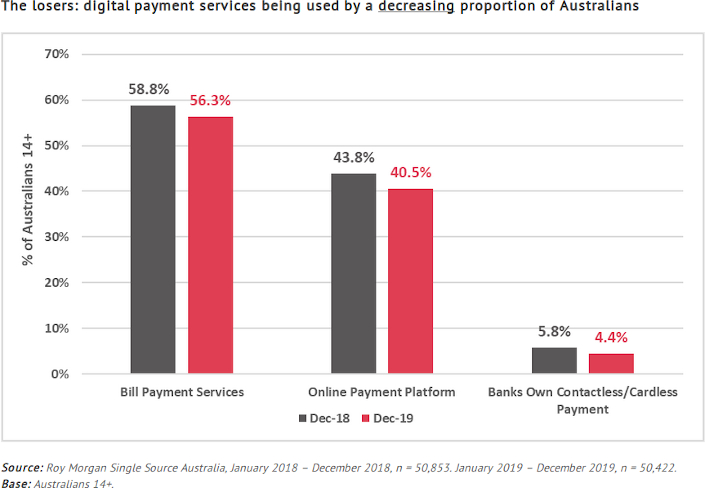 Roy Morgan says another digital payment service to decline is the banks’ own contactless payment services now used by 4.4% of Australians, down from 5.8% a year ago.

“Not so long ago payment systems such as BPay and PayPal were breaking new ground, but consumers are turning to technologies that promise even more convenience, especially those offered via the ubiquitous smartphone,” Levine added.

More in this category: « Tablet computer market facing headwinds in 2020, says analyst Global parcel delivery market revenues surge towards US$665 billion by 2023 »
Share News tips for the iTWire Journalists? Your tip will be anonymous