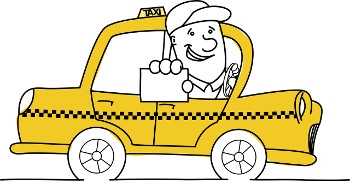 Victoria has imposed another tax on the public to pay for its decision to scrap all existing taxi licences as part of the move to legalise the ride-sharing service Uber.

The funds for the buyback will come from a $2 levy imposed on every taxi, Uber and hire car ride. The first taxi licence will be bought back for $100,000 apiece and a second for $50,000.

This levy will have to be paid by all commercial passengers and will go towards an annual $44 million fund that will be used for the buyback. The fund is expected to run for the next eight years.

The levy will also be used to create a $75 million "fairness fund" that will provide immediate hardship support for taxi-drivers.

Victoria had held out until yesterday, while other states in the country went ahead and negotiated terms for Uber to operate, with the ACT leading the way. There was one simple reason for the other states acting as they did: Uber is popular with the public.

The NT is now the only place in Australia where Uber has not been legalised.

Victoria plans to introduce a single registration system for all cabs, ride-sharing services and hire cars.

Victorian Premier Daniel Andrews said the levy could vary, being less than $2 for a short trip and more than $2 for a longer trip.

He said this would be be a decision for the providers and claimed the changes would create a level playing field for the taxi industry.

The Australian Taxpayers’ Alliance condemned the Victorian government's move which it said was a way to help balance its budget on the sly.

"This is an outrageous and economically damaging tax slug by a government that is clearly more interested in bailing out mates than the taxpayers of Victoria” said Tim Andrews, executive director of the alliance.

“There is no economic justification to bail out a dying industry because it has failed to keep up with technology as Victorians have voted with their feet. To use hundreds of millions of taxpayer dollars to pay off cabbies is simply morally repugnant. This craven cash grab means Victorians will be slugged with the world’s highest tax on ride-sharing. In the United States, only one state (Massachusetts) has instituted such a tax – and it was five cents!"

There are a total of 5611 taxis in Victoria as of July, including 630 that are wheelchair-accessible.

BACK TO HOME PAGE
Published in Local Government
Tagged under