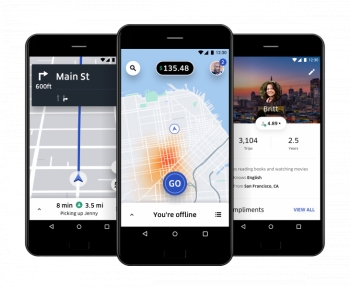 Global ride sharing giant Uber is set to go public with a listing on the New York Stock Exchange on Friday.

The Uber IPO has been touted by global market watchers, including in Australia, as one of the bigger technology industry listings in the US market, with estimates valuing the company at US$120 billion.

Commenting on the Uber IPO, Australian online trader of shares for the US market, HelloStake, said, “when it comes to IPOs, it doesn't get bigger than this.

“Not only is it the world's largest IPO in years, it’s also the biggest IPO for Australians in recent memory,” HelloStake said in a statement released on Thursday.

"We've got over 30,000 users now, but have seen a massive increase in the past few months. With Uber's listing being imminent, we've seen customers joining Stake at a rate of 50% higher than previous month,” said Dan Silver, founder and chief operating officer of HelloStake.

“People trading into the US want to be invested in the game changing companies and themes.

"We've got Uber drivers getting ready for the IPO and young professionals, who still talk about the old days of Uber X, getting ready to take a position in the stock,” added Silver.

And, according to Matt Leibowitz, founder and chief executive of HelloStake, "even with a shaky market over the past week, Uber still remains the IPO that everyone has been waiting for so activity is going to be high".

As reported by iTWire last week, Uber has reported that it has achieved strong growth in the Australian market in six years of operation, with nearly 4.3 million people aged 14+ now travelling in an average three months – while continuing to take marketshare from taxis.

In last week’s report, research firm Roy Morgan Research said research it conducted in the year to December 2018, showed that Uber has established itself as Australia’s leading ride-share app, with the 4.3 million users — or 20% of the population — up from just over two million (10.2%) in 2016.

And the research revealed that Uber’s growth in the Australian market over the last two years was most notable in South Australia and NSW, rising by 12.2% points and 11.3% points respectively, and with South Australia accrediting Uber later than most states, their demand is now catching up to the rest of the nation.

More in this category: « Qlik completes Attunity acquisition Uber completes debut as public company, raises US$8.1 billion »
Share News tips for the iTWire Journalists? Your tip will be anonymous