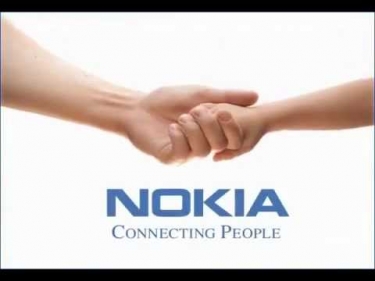 Nokia’s net profits for the fourth quarter 2019 more than doubled to 563 million euros, up from 203 million euros in the previous year quarter.

Releasing its quarterly report on Thursday, Nokia said its fourth quarter results were achieved at the end of a “challenging year”.

The profit report followed net sales in Q4 2019 of 6.9 billion euro, described by Nokia as “approximately flat” compared to Q4 2018 - with net sales decreasing 1% on a constant currency basis.

“Nokia’s fourth quarter 2019 results were a strong end to a challenging year. We saw strength in many parts of our business in the quarter, delivered a slightly better operating profit than the same period in 2018, generated solid free cash flow, and increased our net cash balance to EUR 1.7 billion,” said Rajeev Suri, Nokia president and CEO.

“When I look at Nokia’s full-year 2019 performance, we saw good progress in our strategic focus areas of enterprise and software. Nokia Enterprise delivered exceedingly well on its target of double-digit sales growth, considerably outpacing the market.

Commenting further on the quarterly results, Rajeev Suri said Nokia recognised, that the company had faced “challenges in Mobile Access and in cash generation”.

“We will have a sharp focus on these two areas over the course of 2020, which we believe to be a year of progressive improvement as the actions we have underway start to deliver results,” he said.

“In Mobile Access, we expect improvements to be driven by increasing shipments of our ‘5G Powered by ReefShark’ portfolio; product cost reductions; better commercial management; and strengthened operational performance in services.

“In terms of cash generation, we have extensive operational actions underway to improve performance. As we noted in our third quarter announcement, our Board said it expects to resume dividend distributions after Nokia’s net cash position increases to approximately EUR 2 billion.

“Given typical cash seasonality, we would not expect to reach that level in the first three quarters of this year. Should we exceed the EUR 2 billion level after that point, the Board will assess the possibility of proposing a dividend distribution for financial year 2020.

“While I believe that 2020 will present its share of challenges, I am confident that we are taking the right steps to deliver progressive improvement over the course of this year and to position us for a stronger 2021,” Suri concluded.

More in this category: « Diesel cost savings for WA cattle station with Redflow batteries installation Vodafone / TPG merger cleared to proceed »
BACK TO HOME PAGE
back to top