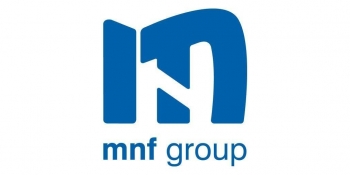 Telecommunications services provider MNF Group will boost its customer base by 500 wholesale service providers with the proposed acquisition of Inabox, in a deal it says is synergistic to both companies.

MNF has briefed investors on the planned acquisition of Inabox’s wholesale telecommunications and enablement business in the proposed deal, valued at between $30.5 million and $33.5 million.

As reported by iTWire on Monday, MNF Group (ASX: MNF) has entered into an agreement to acquire the wholesale and enablement business from Inabox Group (ASX: IAB), and on Wednesday briefed investors, telling them there was a  strong synergy with Inabox, both from a product perspective and also from a network, technical and software perspective.

Described by MNF as strategically a very good fit, the company says the deal, with a combination of the initial consideration of $30.5 million before completion — and an earn out based on Inabox commercialising certain deals and bringing them to market — is a “win win situation” for both companies.

MNF is bullish on the future post-acquisition, predicting net profits after tax to increase from $11.9 million in the current financial year to about $16.5 million by 2020.

But the acquisition still needs shareholder approval before MNF brings Inabox into the fold to add new brands to its existing roster of brands including Mynetfone, Symbio Networks and PennyTel.

If Inabox shareholders approve the deal, MNF Group will expand its portfolio with a raft of Inabox brands including iVox, Neural Networks, Telcoinabox, Symmetry Networks and Mobile Service Solutions.

All 84 Inabox employees will join MNF, with the exception of chief executive Damian Kay and chief financial officer Deborah Zimmer.

During Wednesday’s investor briefing, MNF said integration of the two companies was complex and it didn’t expect synergies from the deal to kick in until 2020.

As part of the deal, MNF says it will move Melbourne and Sydney staff of Inabox to its own offices in both cities.

In August, MNF Group reported a net profit after tax of $11.9 million for the financial year ending June, with revenue of $220.7 million, the latter figure being an increase of 15% on the previous financial year.

The company also reported profit for FY2018 was down 1.7% — attributing this to its one-off investment in the Pennytel brand launch of $2.3 million — but reporting gross margin rose 18% to $69 million.

Published in Listed Tech
Tagged under

More in this category: « Serko selected by Southwest Airlines as partner for NDC content launch SmartTrans set to acquire Resource Connect »
back to top