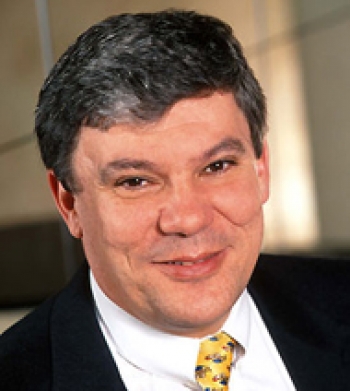 Peter Kazacos will keep his job

Inabox will pay nearly $10 million for Anettel –just $500,000 in cash and 6,153,846 new Inabox shares. The Inabox shares will be issued to Anittel shareholders in proportion to their holding in Anittel.

A further payment of up to $1.5 million in cash may also be payable subject to the performance of Anittel until then end of June 2015.  In addition, Inabox will assume approximately $4.6 million of lease liabilities relating to Anittel’s Cisco HCS platform.

No mention was made of any staffing cuts, though the announcement did refer to the transfer of only “the majority of existing employees.”

There is unlikely to a be a problem from either side. Anittel is majority owned by well known Australian IT entrepreneur Peter Kazacos, Anittel’s chairman and CEO, who will consult to Inabox on its integration and future growth strategies. Kazacos will also become a significant shareholder in Inabox with an interest of approximately 10.6% of its expanded capital.

Inabox Group CEO Damian Kay says the acquisition of Anittel’s business will provide it with a number of important benefits, including:

Over the last year, Anittel has restructured its business significantly, reducing costs and refocusing on its core IT services, HCS and cloud businesses. Inabox and Anittel have also identified significant savings in back office and corporate overheads. The majority of these savings will be implemented prior to completion.

Post acquisition, the acquired businesses will continue to operate under the Anittel brand with substantially the same management. Inabox will continue to invest in the HCS platform and focus on maximising the significant cross-selling and up-selling opportunities between the Inabox and Anittel businesses.

Damian Kay said: “Peter and his team have built a significant business with broad geographic coverage. Anittel’s customer focus, service execution and technical capability are exceptional and being able to broaden our revenue base into new products, services, customer segments and regions through a trusted advisor delivery model is very attractive.”

“Our customers will also benefit from a broader range of services, backed by the combined strength of two great Australian companies,” said Kazacos. “Unlocking the value of what we have built over the last six years represents a huge opportunity for customers, staff and shareholders of the combined group.”

More in this category: « Mint Wireless sacks CEO, share trading halted Vocus, Amcom in exclusive due diligence »
Share News tips for the iTWire Journalists? Your tip will be anonymous