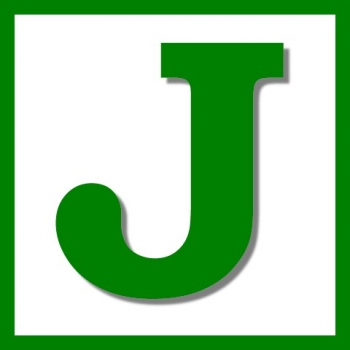 Vodafone Hutchison Australia has at last seen an increase in customer numbers. But it will be a long road back, and the company is still losing hundreds of millions of dollars a year.

The J curve is a phenomenon in economics that is meant to indicate that a slide (the front of the J) is followed by a much larger upswing (the back of the J).

In Vodafone Australia’s case, the downswing has been massive, but finally the upswing has begun. Whether it follows a J-type trajectory back to the top, though, remains to be seen.

Vodafone Hutchison Australia (VHA) has seen the first lift in its customer numbers since 2010 – before the dreaded ‘Vodafail’ disaster – in the second half of 2014, closing the year with 5.302 million customers.

Tracking VHA customer numbers has become increasingly tricky in recent years. Vodafone corporate used to publish them, or at least 50% of them, in its quarterly financial statements out of the UK. Now we must rely on numbers from the other 50:50 partner in VHA Hutchison, whose Hutchison Telecommunications Australia Limited (HTAL) subsidiary, which is listed on the ASX, publishes a half yearly report.

Its latest numbers were posted yesterday. HTAL’s only activity in Australia is to hold its half share in VHA, so its numbers tell us the full picture (well, half the picture, which we then simply double). Trouble is, HTAL uses a slightly different method of calculating customer numbers as does Vodafone, so we cannot be exact with our comparisons.

Those are good numbers, given that VHA lost 1.2 million customers in 2013, and even more in 2012. Finally, the turnaround promised by former CEO Bill Morrow has kicked in. The J curve!

“These results are in line with our expectations for 2014,” said VHA CFO James Marsh, who by the nature of his job is forced to be an optimistic kind of fellow. “Our performance is steady, and we’re now in a position where we expect the business to grow. VHA has invested heavily in its network and customer service in recent years, and the strategy has paid off with successive months of growth.”

He said the increased losses were due accelerated depreciation on network assets, “which have seen heavy investment in recent years as part of the business’s strategic plan to build an expanded and resilient network. Customer service revenue decreased by 8.8%, reflecting customer losses in 2013 and the reductions in the inter carrier Mobile Terminating Access Service price as determined by the Australian Competition and Consumer Commission.

Marsh said Vodafone had made steady improvements over the past year following a strong focus on its customer service and network excellence. Significant milestones reached include the expansion of its 4G network to reach 95% of the Australian metropolitan population, the signing of a new three-year contract to build a new core network, a strong rise in its customer Net Promoter Score (NPS) and a significant reduction in complaints to the Telecommunications Industry Ombudsman (38%).

"Our customers’ appetite for data continues to double year on year and we have a reputation for offering the most generous data inclusions of any mobile provider,” said Marsh. “Last year we introduced automated $10 data top-ups each 1GB data. This allows our customers to use their data with confidence, and as a result data usage is growing, along with our customer satisfaction,” said Marsh.

Vodafone CEO Iñaki Berroeta announced last week that 2015 marks the next phase for Vodafone with a new three-year strategic plan endorsed by both of its shareholders. This includes continued investment in infrastructure, customer service and innovative products, expansion of its premium content partnerships (which already include Spotify and Fairfax Media), and a significant retail expansion.

More in this category: « Optus results flat, but mobile numbers up iiNet breaks the billion dollar barrier »
Share News tips for the iTWire Journalists? Your tip will be anonymous