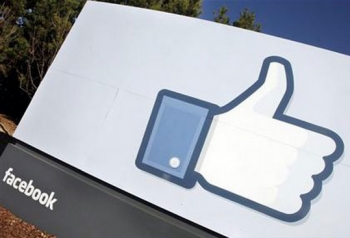 A month following revelations Facebook controversially ran an emotional manipulation newsfeed experiment, one of the study's co-authors has come forward in an interview to set the record straight.

As we originally reported back in June, social media Facebook conducted a massive experiment in 2012 in which it altered the news feeds of 700,000 users in a bid to see if it affected their moods.

Jeffrey Hancock, a Cornell University professor of communication and information, used his first interview since the news broke to compare social media's impact on scholarship to "when chemistry got the microscope," and described the age of online experiments as a "new era."

“As part of moving forward on this, we’ve got to engage,” Hancock told Vindu Goel of the New York Times.

“This is a giant societal conversation that needs to take place.”

Hancock told the newspaper he is working with academics, researchers and government agencies such as the National Science Foundation to develop ethical guidelines for social media research.

He said any new rules should be “effective, lightweight, quick and accountable” – perhaps including an opt-in process for projects that significantly alter a user’s online experience, and an after-the-fact notification for smaller tests.

One of the other co-authors Adam Kramer also made the following statement in the immediate aftermath of the controversy (you can check it out in full here).

"...At the end of the day, the actual impact on people in the experiment was the minimal amount to statistically detect it -- the result was that people produced an average of one fewer emotional word, per thousand words, over the following week," Kramer said.

"The goal of all of our research at Facebook is to learn how to provide a better service. Having written and designed this experiment myself, I can tell you that our goal was never to upset anyone. I can understand why some people have concerns about it, and my coauthors and I are very sorry for the way the paper described the research and any anxiety it caused. In hindsight, the research benefits of the paper may not have justified all of this anxiety.

"While we’ve always considered what research we do carefully, we (not just me, several other researchers at Facebook) have been working on improving our internal review practices. The experiment in question was run in early 2012, and we have come a long way since then. Those review practices will also incorporate what we’ve learned from the reaction to this paper."

News of the experiment even lead other companies, like OKCupid, to admit to conducting similar experiments on users to learn more about them and learn what works and doesn't. OKCupid described the practice as "normal."

One writer has flipped the tables, conducting an experiment on Facebook as opposed to the other way around. Check out "I Liked Everything on Facebook for Two Days" via Wired here.

More in this category: « Optus revenue, profit, customer numbers down Cisco to sack thousands more on flat results »
Share News tips for the iTWire Journalists? Your tip will be anonymous