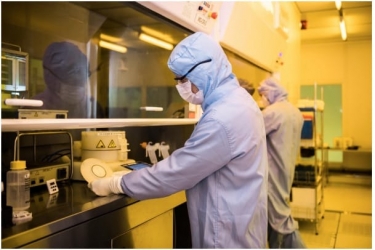 Materials technology company Archer Materials has announced it has reached the stage of having control measurements taken of its 12CQ room-temperature quantum computing qubit processor.

The control measurements are being led and carried out by Archer staff together with world-renowned experts in the field of quantum computing in Australia. The work is being done at a number of world-class institutes, laboratories, and semiconductor foundry facilities in Sydney.

The current round of measurements involve accessing and processing quantum information residing on individual and few qubits, which is directly linked to chip operation. Successful completion would be a world first, according to the company.

"Achieving control of single and few qubits in our 12CQ chip design components would mark our first major technology development milestone in chip operation and a paradigm shift in the wider quantum computing economy that thrives on and values such disruptive advances," said Archer CEO Dr Mohammad Choucair.

"The Company's recent successful and oversubscribed share purchase plan means we have been able to accelerate Archer's 12CQ work programs to significantly reduce the time previously allocated for control fabrication, from 12 months to around 6 months, and has provided the opportunity to rapidly de-risk chip development, which we have now commenced."

More in this category: « Revenue, profits up for Dicker Data Kogan fronts court after tax time promotion found by ACCC to be ‘false or misleading’ »
BACK TO HOME PAGE
back to top