Hobart-based Internet service provider TasmaNet has welcomed the NBN Co's announcement that it would be increasing the availability of fibre to more than 700,000 businesses across Australia.

The US Department of Commerce has imposed sanctions on China's biggest maker of semiconductors, Semiconductor Manufacturing International Corporation, claiming it poses an "unacceptable risk" of its products being diverted to "military end use".

When Drini Mulla started an engineering company in Melbourne in 1999 along with two of his friends, he didn't think it would become as big as it has. A chip designer, he has always operated on the principle that as he was an engineer and ran an engineering company, having a big public profile would never be a necessity.

Published in Enterprise Solutions
Tagged under
Be the first to comment!
Read more...
Page 5 of 2663 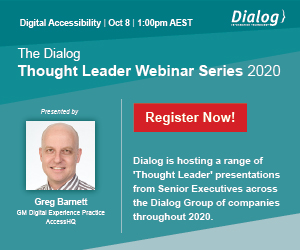