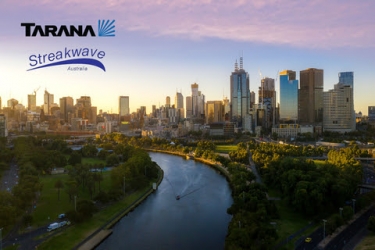 Streakwave claims to be the first official distributor of Tarana G1 in Australia and Pacific Islands.

Capable of delivering connectivity in non-line-of-sight (NLoS) scenarios — which, Streakwave says is a major limitation of previous technologies — the G1 platform allows operators to expand their network scopes while remaining fast and less costly to deploy than fibre optics.

Streakwave says Tarana poured over a decade of research and development to its true interference cancellation in the 5GHz band.

It claims it can deliver up to 1.6Gbps of aggregate capacity per link.

“G1 is an excellent addition to our portfolio and the new generation of wireless technology. Tarana’s products are equipped with all of the capabilities needed for WISPs to deliver exceptional speed and range to customers, without the complexity of prior solutions,” said Streakwave CEO Davin Spunner.

“Streakwave’s commitment to enabling their customers with the latest wireless innovations is crucial for closing the digital divide. G1 will accelerate progress towards this all-important goal,” added Tarana CEO Basil Alwan.

Learn more about the partnership and how you can purchase Tarana G1 through Streakwave Australia at CommsConnect (Booth #53) in Melbourne from 18-20 October.

This first appeared in the subscription newsletter CommsWire on  14 October  2022.

BACK TO HOME PAGE
Published in CHANNEL NEWS
Tagged under

More in this category: « Cloud Ready brings Kalibr8’s Cloud Optimisation Loop to Australia Azul appoints Nextgen as ANZ and ASEAN distributor »
Share News tips for the iTWire Journalists? Your tip will be anonymous