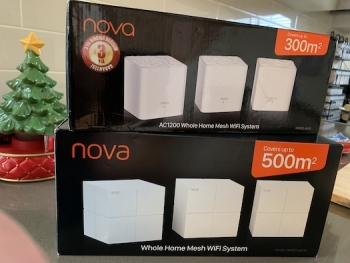 Wi-Fi is awesome, except when it’s not. Plugging dead spots in your home or office can be arduous, but Tenda’s Nova mesh Wi-Fi system makes it a snap.

It’s a situation we all know – your home broadband connection comes into a single point. Perhaps a couple of devices are cabled into it, but for the most part, your laptops, phones, tablets, media centres, game consoles, smart TVs and many other devices in the modern home are all hanging off Wi-Fi.

If your home is small, is one storey, has thin walls, and your Wi-Fi access point is right in the centre, then maybe you enjoy perfect coverage all around the house.

For the rest of us, there’s no doubt you — and certainly your children — know about the spots in your home and yards where Wi-Fi weakens significantly and even drops out.

The solution previously was to use Wi-Fi extenders or repeaters; stand-alone devices that you positioned somewhere inside the “good” Wi-Fi zone, and which would then broadcast Wi-Fi again within a radius from there.

Yet, you were largely left to your own experimentation as to whether this was well-placed. If you had multiple dead areas — a multi-storey house, for example — then you needed multiple devices, and each was independent, necessitating its own set-up. Worse, they could potentially interfere with each other.

Here’s where the Nova whole home mesh Wi-Fi system by Tenda comes in.

Interestingly, Tenda is a brand that’s new to me, but has in fact been in operation in China since 1999 and distributing globally since 2007. It has two dedicated research and development facilities and its own manufacturing centre. Tenda has a strong range of home and business networking devices, and the Nova mesh Wi-Fi system will be available in Australia in December, just in time for Christmas.

The Nova product comes as modular units that join together to intelligently create and manage a network between them, known as a mesh, hence the name.

The mesh is a single Wi-Fi network is balanced among the devices, automatically connecting and routing your devices and traffic to the most appropriate device for where you are positioned. The units provide built-in quality of service (QoS) to maximise performance for streaming services as needed.

Each MW3 unit includes two fast LAN ports, and these are gigabit ports on the MW6 units. One unit needs to be physically connected to your Internet connection. The remaining modules will talk to each other, leaving all the remaining LAN ports for cabling in devices — or a network switch — to provide Ethernet connectivity. 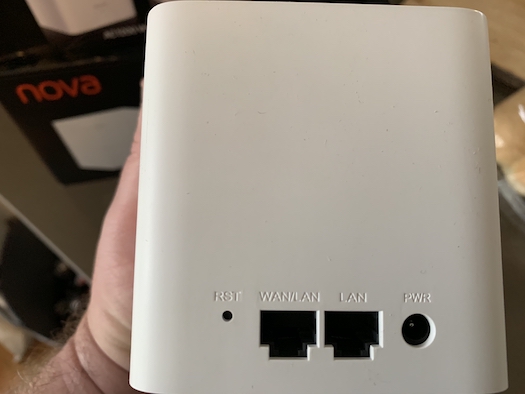 iTWire tested out two separate options – the Nova MW3 which provides up to 300 square metres of Wi-Fi coverage, and the Nova MW6 with up to a massive 500 square metres of coverage. In both cases, the Nova’s true mesh assures you of a robust wireless network and maximised home Internet, via its Smart Auto-path Selection technology. 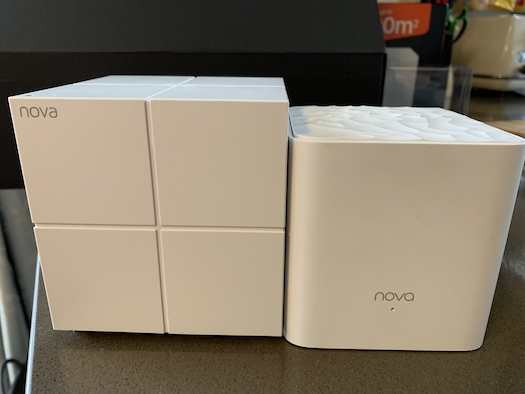 Both were effortless to set up. Plug one device into your broadband router. Plug the next into power points around your home. Use the Tenda Wi-Fi app to manage the individual units, meshing them into the one Wi-Fi network, and importantly, observing their connection quality. This allows you to easily move the devices around to find optimal coverage.

The app also allows you to implement parental controls, to disable or enable groups of devices, to create a guest Wi-Fi network separate from your main one, to set up QoS for traffic prioritisation, and to block unauthorised users.

As well as being easy to set up, iTWire found the devices truly performed excellently. We could walk around the home and into the garage with a Skype video-conferencing call staying up; we could stream video in a far-flung corner, work on remote servers, and even play online games.

The Nova MW6 provided the greatest reach, of course, extending way out into the backyard. We found both demonstrated solid wall penetration and seamless Wi-Fi roaming. 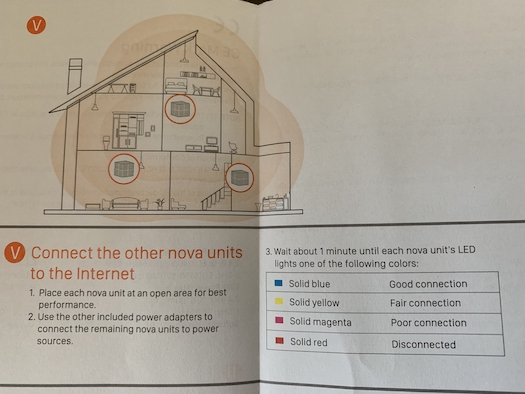 As you can see in our pictures, the Nova devices are aesthetically pleasing and lightweight and will blend into any room’s decor.

If you find yourself struggling for solid Wi-Fi coverage throughout your home, you definitely need to check out the Tenda Nova home mesh Wi-Fi system. Coming out in December, the MW3 will retail for $199 for a pack of three, making it the first mesh unit in Australia under $200. The MW6 will retail for $399 for a set of three. You can also buy the units in single and double packs. The units are pre-paired when bought together.

You can buy them from Tenda partners.