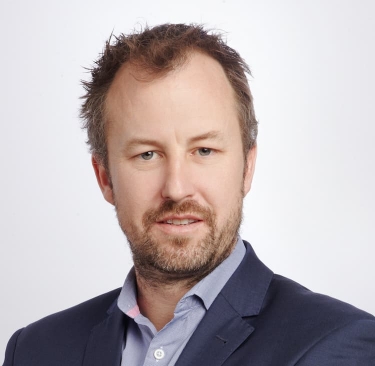 The modernisation of legacy computing systems will be the highest priority for Australian managed service providers during the coming 12 months, according to new research conducted by UCaaS provider Access4.

According to the company's survey, 40% managed service provider (MSP) businesses have modernisation at the top of their to-do list, followed by new products and services (31%) and the integration of SaaS applications (29%).

But these companies also face challenges: 53% nominated time constraints, 42% mentioned resources and budget allocation, and 40% cited the lack of skills and experience within their existing IT teams.

"The survey results are interesting as they provide an insight into where businesses will focus their attention and IT investments over the coming months," says Access4 managing director Tim Jackson. "It's clear that many realise their current IT infrastructures can no longer adequately support their operations."

"Clearly many MSPs are under pressure to complete the work required on their IT infrastructures but are facing both time and budgetary restrictions," he added. "The ongoing IT skills crisis is also causing headaches with many organisations struggling to find and retain the skilled professionals they require."

Progress is being made on the adoption of AI and automation tools. The survey found 64% of respondents were already making either very significant or moderate use of such tools, and the remaining 36% said they were making minimal use of the technology.

Encouragingly, 75% said they were not (or not very) concerned about the impact of such tools on their their future job security. Just 4% were very concerned.

"It is encouraging to see how broadly these tools have been adopted by Australian MSP businesses," said Jackson. "However, results show there is still room for improvement and opportunities for businesses to gain the competitive advantage that such tools can deliver."

He added "This result shows that MSPs understand the benefits that can be delivered by AI-powered tools. They also see them as a benefit to the business rather than as a threat that could lead to job losses."

COVID-19 has had a mixed effect on various parts of IT budgets.

Human resources budgets have increased for 51% of respondents, while 40% reported no change and just 9% have seen reduced funding.

"The results show that many MSP businesses have been forced to equip staff so that they can continue to work remotely," said Jackson. "It's likely that IT budgets will have to continue to be carefully allocated as the COVID disruptions continue to take a toll."

Perhaps surprisingly, the growth in remote working during the COVID-19 pandemic does not seem to have had a massive effect on telecommunications spending.

Stable spending on telecommunications services and equipment since the pandemic began was reported by 54% of respondents, while 37% said they had increased, leaving 9% with no change.

"These results show that there has actually been little change when it comes to telecommunications spending during the pandemic," said Jackson. "This could be due to the fact that most remote workers rely on a mobile phone and web-based communications platforms to remain productive."

BACK TO HOME PAGE
Published in CHANNEL NEWS
Tagged under

More in this category: « Probax launches Honeycomb Object Storage as a service for managed service providers Pax8 adds five vendors to its cloud marketplace »
Share News tips for the iTWire Journalists? Your tip will be anonymous