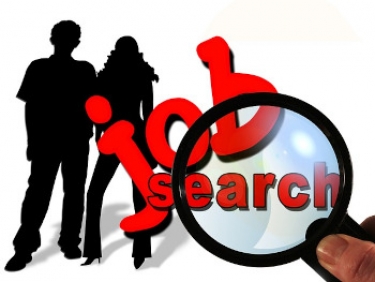 A strong showing by Victoria has helped boost online job ads for October, the recruitment firm SEEK says, adding that though ads were up by 8.5% month-on-month, there was a 11.7% fall year-on-year, the lowest year-on-year drop since the beginning of the pandemic. Last month, the month-on-month growth was higher, at 9.25%.

SEEK ANZ managing director Kendra Banks said: "We have seen positive national month-on-month job ad growth since the end of April. Significantly, job ad volume is 11.7% lower than 12 months ago, which represents the smallest gap in this metric since the pandemic began.

"This difference has been reducing each month as Australia continues its recovery, previously measuring at 20.9% and 29.1% in September and August respectively.

"Looking at the national picture, we have continued to see strong growth across all states and territories except the Northern Territory, which had a very small decline in October but is still up on this time last year.

"We would traditionally see a quieter job market for both candidates and hirers as we head into the summer months, particularly in December and January, before picking up again after Australia Day.

"Given recent trends, we will watch with interest to see if more job opportunities than usual arise ahead of the holiday period."

NSW and the ACT were continuing to recover towards pre-COVID levels, while Victoria had now performed strongly for the last two months.

Said Banks: "For the second month running, the top three states contributing to monthly job ads by volume are Victoria, NSW and Queensland.

"We know the nation's job ad growth is closely linked to the conditions in NSW and Victoria, and we're very pleased to report robust performances in both states for consecutive months.

In October, Victoria increased its job ad growth rate by 16.4%, and NSW by 6.4%. However, both are growing off a comparatively lower base as they are still 15.7% and 31.3% down on this time last year respectively.

"Victoria's strong rise in job ads posted on seek.com.au comes off the back of a further easing of restrictions across October, and with a much wider relaxation of restrictions in recent weeks, we can expect to see this growth to continue.

"We're also pleased to report Queensland now has 1.5% more job ads on-site than 12 months ago, pushing the Sunshine State into the same tier as Western Australia, South Australia, Tasmania and the Northern Territory as states and territories that have job ad volumes the same or better than this time in 2019."

More in this category: « IT sector, business & industry executive employment on ‘pause’, says search firm Demand for Australian executives up 13% in December, says search firm »
Share News tips for the iTWire Journalists? Your tip will be anonymous