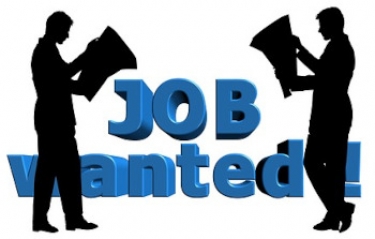 Online jobs advertisement portal SEEK says October saw the highest number of ads posted in a month during its 23 years of operation.

In a statement, the company said national job advertisement volumes increased by 10.2% month-on-month in October, with volumes 63.2% higher year-on-year and 44% higher compared to 2019.

However, on the flip side, applications for jobs ads fell by 5.4% compared to September.

Among the states, NSW showed the biggest growth in job ads, up 20.3% from September, while Victoria was second with 16.3% growth month-on-month.

"A combination of the lifting of restrictions in our two largest employment markets, NSW and Victoria, along with businesses getting ready for what will hopefully be a bumper holiday period has had a huge impact on this month's job ad volumes.

"In NSW, job ads increased by more than 20% for the second month running, and Victoria recorded growth of 16.3%. In both states, roles within Hospitality & Tourism led the way with a jump of 46.2% in New South Wales and 123.8% in Victoria."

Banks said one factor that affected employers who found the process of recruitment a challenge was the very large number of open roles currently available.

"Despite site visits remaining high, there is still a hesitancy, particularly with customer-facing roles, with people not wanting to move jobs just yet," she explained, pointing to data that 28% of Australians were likely to consider a switch in the next six months. 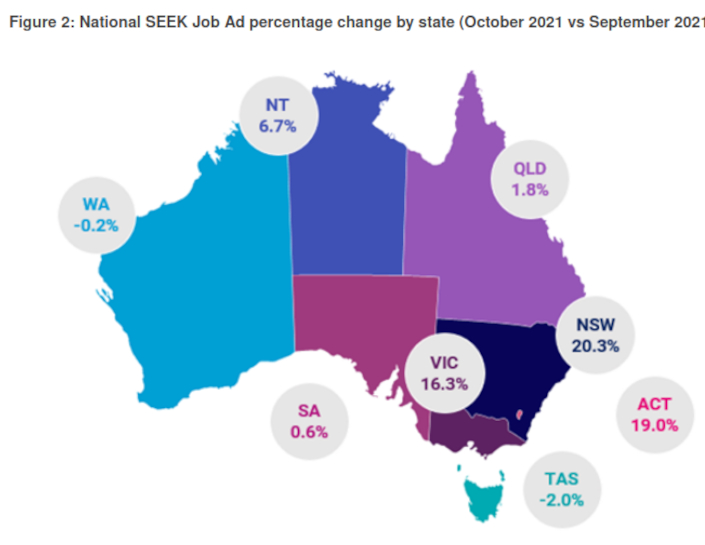 "Traditionally the lead-up to the end of the year is not a time to switch jobs. Therefore, we expect more movement early in 2022."

Tasmania and Western Australia reported a slight decline in job ads. However Banks said looking at this trend long term, WA had been quite consistent since March 2021 and had 61.0% more ads now than two years ago. Similarly, Tasmania had 76.7% more ads than October 2019.

She added: "Victoria, New South Wales, South Australia and the Northern Territory all had more jobs advertised on SEEK than ever before, and the remaining states and territories were only marginally below previous record highs."

More in this category: « Women in STEM jobs face pay gap of 22%: national survey Coles plans major hiring of digital professionals for ecommerce business »
Share News tips for the iTWire Journalists? Your tip will be anonymous