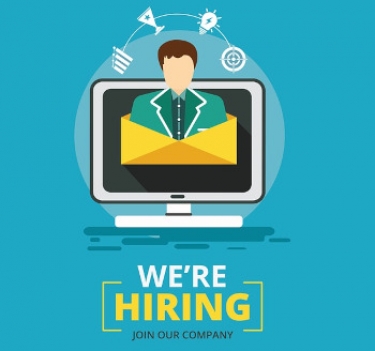 Image by HelloVector from Pixabay

Online job advertisements on the site SEEK in March showed a rise of 75% year-on-year, the company says, offering a reminder that March 2020 was the month when the pandemic first had an effect on the job market.

The company said in addition to the year-on-year growth, there had been a 10.3% rise in March compared to February.

SEEK ANZ managing director Kendra Banks said: "What a difference a year makes. In mid-March 2020, we saw COVID-19 have a swift and extreme impact on the labour market – 12 months on and we have seen the highest number of job ads posted on SEEK in a month than at any time in our more than 23-year history.

"It is fantastic to see so many jobs available and a real testament to Australian employers' hard work and resilience over the last year. There are factors that are driving these strong numbers that are important to consider, including many of the jobs currently being advertised are for roles that were displaced in the last year."

She pointed out that ads were not getting as good a response as they did last year.

"There are likely many reasons contributing to this decline such as: a reduced labour supply affecting the ability to fill roles; workers displaying a more cautious approach to career moves following a turbulent year; and with more jobs available, there is a knock-on effect to the number of applications per job ad posted.

"As we contrast the current labour market conditions to [that of] 12 months ago, the change is nothing short of remarkable."

The SEEK figures showed that NSW, Victoria and Queensland were the three major contributors to the month-on-month job ad growth. 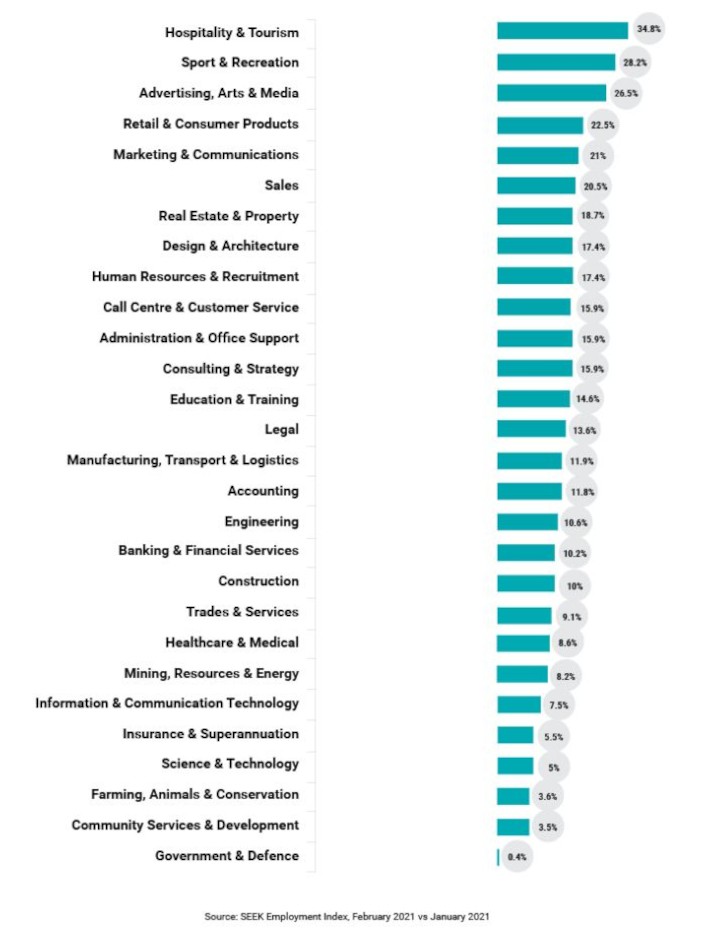 In February, SEEK had reported that all states and territories had returned to pre-COVID levels. That trend had continued.

"Looking at the month-on-month numbers and all states and territories have reported a growth in job ad numbers, with Western Australia, Victoria, Queensland, and New South Wales being particularly strong. The only exception was the ACT which had a very small decline of 0.1%," SEEK said.

Banks added: "In March, South Australia, Tasmania and the Northern Territory all recorded the highest level of ad listings ever observed in their states. The ACT, Queensland and Victoria are close to their highest levels, whereas Western Australia's job ad volumes are nearly equalling that of the 2012 mining boom."

Among the industry sectors, hospitality and tourism are leading the way, though other sectors have witnessed growth as well. The only exception has been the farming, animals and conservation sector.

"We have seen strong growth across some key industries, with hospitality and tourism having a notably strong start to the year, increasing by 34.8% month-on-month," said Banks.

"There are a number of factors that likely led to a bumper month for hospitality and tourism. There was an easing of restrictions in some major capitals, meaning that customer numbers could be increased. Also incentives were introduced, discounting flights and accommodation as well as businesses preparing for the Easter holidays."