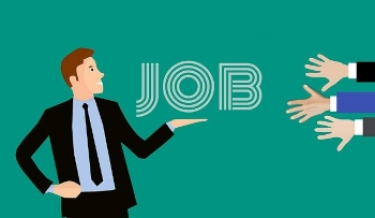 Job advertisements on the online portal SEEK in August were down by 5.3% month-on-month but up 55.9% year-on-year, the company says.

The figures for August 2021 were up 15.2% compared to August 2019, SEEK saud, adding that applications per advertisement had fallen by 1.3% month-on-month.

The ongoing pandemic had an impact on the job numbers, with NSW, Victoria and ACT, all under lockdown at the moment, seeing a fall month-on-month. Queensland, which has not been lockdown for a while, also saw a fall.

SEEK ANZ managing director Kendra Banks commented: "COVID-19 restrictions continued to have a major impact on the labour market in August 2021. Perhaps unsurprisingly, states and territories under the strictest lockdowns each saw a decline in job ad volumes. New South Wales and Victoria saw the most significant drops in volume, down 10.7% and 6.3% month-on-month, respectively.

"In July, despite a two-week restriction period, Victoria experienced an increase in the number of job ads posted during the month. However with the lockdown extended throughout the whole month of August, job ad numbers have now declined.

"This demonstrates that short lockdowns don't have too much of an impact on the labour market, but when extended, more businesses start to put hiring plans on hold.

"Nationally, the industries that have experienced the largest volume drop month-on-month are Hospitality & Tourism (-19.0%), Trades & Services (-7.3%) and Retail & Consumer Products (-8.9%). 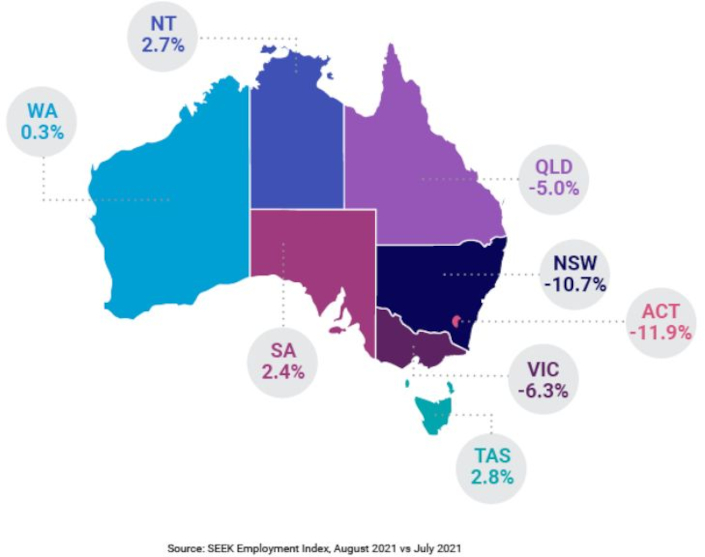 "Last month [July] the decline was driven by the restrictions in New South Wales, this month [August], Victoria is driving the reduction. Hospitality & Tourism job ads dropped 33.1% month-on-month in Victoria."

The company said its website had seen about 35 million visits in August.

Said Banks: "Jobseekers are still not applying at the same rates as they were before COVID-19, with a 1.3% drop in applications per job ad in August. With restrictions and uncertainty continuing across our major job markets, it is timely to remind those considering a move that opportunities are out there in many industries."

"All states and territories have more job ads than the same month in 2019, except for New South Wales and the ACT which are down by 11.7% and 6.5% respectively," Banks added.

More in this category: « Check Point Software hunts for 100 early-career workers HESTA, Girls of Impact campaign to attract young women to career in financial services »
Share News tips for the iTWire Journalists? Your tip will be anonymous