Online job ads down in August for first time since April 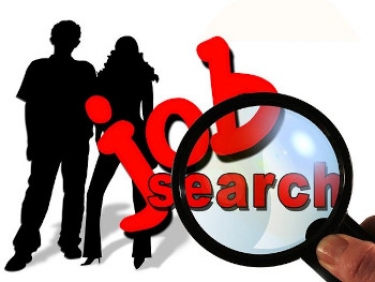 Online jobs on the SEEK employment marketplace fell across the nation by 2.0% in August month-on-month, figures released on Thursday show, with the year-on-year drop a much bigger 29.1%. However, the year-on-year difference was the smallest since the beginning of the cornonavirus pandemic.

This is the first month-on-month decline since April, the company said in a statement, adding that the online job ad market was showing three rates of recovery across the country.

Information and communications technology, human resources and recruitment and banking and finance were the three sectors that showed the best rate of job ad growth, the company said in a statement.

Among the states that performed well were Western Australia, New South Wales and South Australia.

SEEK ANZ managing director Kendra Banks said: "We are seeing three distinct rates of recovery emerge across Australia. The first group are the states that have fully rebounded or have job ad rates comparable to pre-COVID levels – this includes Western Australia, South Australia, Tasmania and the Northern Territory.

"The second group are the states that are continuing to recover towards pre-COVID levels, which are Queensland, New South Wales and the Australian Capital Territory.

"Unsurprisingly this leaves Victoria as the state which declined significantly for a second month, where stage four restrictions continue to have a major impact on businesses and hiring.

"The national month-on-month decrease of 2.0% is being driven by the existing restrictions in Victoria which are affecting job ad growth. Excluding Victoria, the rest of Australia saw a 1.8% increase in job ad volumes in August when compared to July.

"NSW and Victoria, the two biggest contributors to the nation's economy, are currently the only states below the national average for year-on-year job ad growth." 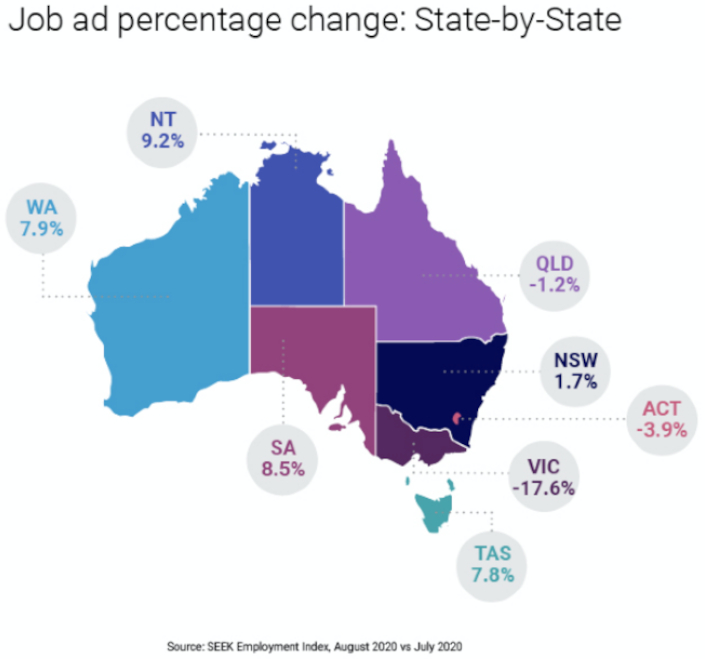 The month by month growth rate of ads picked up speed for South Australia, Western Australia, the Northern Territory and Tasmania, the figures indicated, showing the correlation between coronavirus cases and job ad growth.

Queensland and the Australian Capital Territory showed ad declines for August but it was Victoria, expectedly, that suffered the most, with a drop of 17.6% in August month-on-month.

"New South Wales job ad volumes growth slowed across August, dropping from 6.3% month-on-month growth in July to 1.7% in August," said Banks. "Queensland and the Australian Capital Territory showed a slight decline after both states had strong growth in July.

"Victoria experienced a further decline in job ads in August, as we continue to see the impact of the lockdown on businesses. However, this is less than the drop Victoria had throughout the country's first wave of COVID-19, which indicates businesses are finding new ways to operate and adapt to the situation."

More in this category: « Foreign spy agency ASIS looks for recruits to fill tech, other roles Job ad volumes hit 80% of pre-COVID levels »
Share News tips for the iTWire Journalists? Your tip will be anonymous